Arlis Dykema was a 19-year-old newlywed from Bismarck, North Dakota who never strayed into new territory until she married Bruce Perry.  According to her father, Marvin Dykema, “She had never been away from home before. She trusted everybody. That was the whole problem right there.”

Arlis got a job as a receptionist at a Palo Alto law firm just six weeks after she and husband Bruce moved from North Dakota to Santa Clara, California.

However, during the six weeks Arlis became immersed in circumstances that she could never have foreseen.  Perhaps she was just a good Christian woman trying to make friends who ultimately fell in with the wrong crowd, or her conversion activities in Bismarck caught up with her, much to her peril.

Bruce and Arlis went separate ways on the night of Saturday, October 12, 1974 after a quarrel concerning their car at approximately 11:30 p.m. Arlis liked to visit the majestic Stanford Memorial Church on the grounds of Stanford University to pray and that’s where she headed after the argument with Bruce. Unfortunately, she stayed until closing that night.  The killer waited until she was alone in the chapel to make his move. 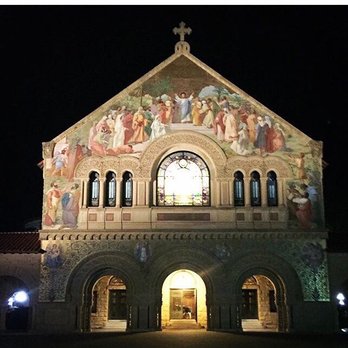 Within approximately 6 hours of her disappearance, the security guard, Stephen Black Crawford joined the search after locking the main entrance at about midnight and made the gruesome discovery of Arlis’ body at 5:40 a.m.

The day before Arlis was murdered, witnesses described a mystery visitor to her workplace as a man in his early twenties, 5’-10 inches tall. He wore jeans, a plaid shirt and had blonde, curly hair of normal length. Co-workers reported that Perry seemed upset by the visitor, who they thought was her husband. However, the true identity of the visitor has remained a mystery.

With former husband, Dr. Bruce Perry, now a renowned child psychiatrist, long ago  eliminated as a murder suspect, security guard Stephen Crawford had always been on the radar of Cold Cases detectives in the subsequent 40+ years.

Advances in DNA helped to seal the deal on the case that was nearing its completion, pointing to main suspect, Stephen Crawford.

Reportedly, it was NOT DNA from a palm print on one of the candles used as one of the sexual assault devices used on Arlis.

It was NOT the thousands of dollars worth of methodically planned and pilfered rare books, American Indian artifacts and sculptures Crawford stole from the Anthropology Department and Stanford libraries for which he pleaded no contest. After these previous felony crimes caught up to him in 1992, he served a six month suspended sentence via a work furlough program and two years probation.

However, it was indeed a combination of good investigative police work and retesting DNA that appeared on Arlis’ jeans draped on her spread eagle lifeless body, and DNA passively collected from Crawford’s disposed items that brought detectives to his door.

In the meantime, I contend that Crawford, as other psychopaths do, was preparing by creating false identities such as doctoring a falsified Stanford diploma with his name and then seemingly walking the straight and narrow life as a security guard and insurance adjuster.

Investigators had enough evidence. They knew Stephen Crawford’s track record. They had a key to his apartment and an arrest warrant. Why didn’t they give him just 30 seconds to open the door and then break it down, with bullet-proof vests and guns drawn on him? Rather, they  waited for him to use the excuse of getting dressed then discovered him sitting on his bed holding a handgun used for his ultimate act of suicide.

As a homicide survivor, I would feel a sense of relief that this chapter is now closed once and for all. But, I would also feel cheated from a justice standpoint. They say that people who commit suicide are cowards. Sadly, they are not strong enough to face the challenges of life. I suppose this means of death saved the taxpayers of California thousands of dollars. But, the end to this case remains unjust in the annals of criminal justice. I have no doubt the detectives who worked so diligently over the years are heartbroken as well.

Yes, there was a suicide note that had been in the works for two years according to media reports. However, there was no confession to Arlis’ murder in the note that was found. There are several other unsolved murders in the 1970’s which occurred in the area for which Crawford is being considered.

As for Arlis, may she and her surviving family now find their eternal, well deserved peace! 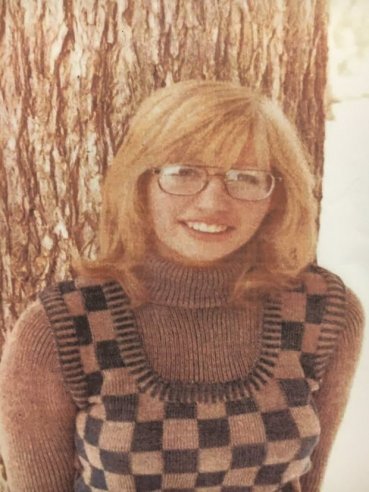 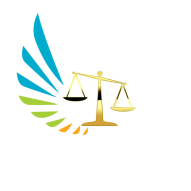