All movies portraying a scandal are open to criticism, as the political winds upon which we measure are so different compared to the Kennedy “teflon era”. Charged with “leaving the scene of an accident” and suspension of his driver’s license for one year.

Mary Jo –  Beyond the Tragedy-

For the family of victim Mary Jo Kopechne, answers are illusive.  Mary Jo Kopechne was working in Jersey City, New Jersey at a mayoral campaign prior to her tragic death. Her life is often  penned as merely a footnote in the shadow of the Kennedys unending misdeeds and tragedies over the years. ‘Just imagine that you are forever placed in the annals of history, but only as an afterthought, for the spotlight is always on the Kennedy’s good, bad or indifferent. As a survivor of crime, I find this disrespectful, but predictable, even in 2018 when the victims are always “given the “short straw.”

She was an only child from Wilkes-Barre, PA who began her career as a teacher at the Mission of St. Jude and honed her skills as a secretary for  Florida Senator George Smathers  Her dedication and skill placed her in an important role as a political campaign specialist for Robert Kennedy and was a frequent  professional visitor to his Hickory Hill home. She was entrusted with sensitive political matters and appeared to have a bright future ahead of her.

Away from the office, she participated in the Kennedy softball team, as well-being a Boston Red Socks fan.  Personally, she was serious, and demure, never a “wild girl” given her strict Roman Catholic upbringing. 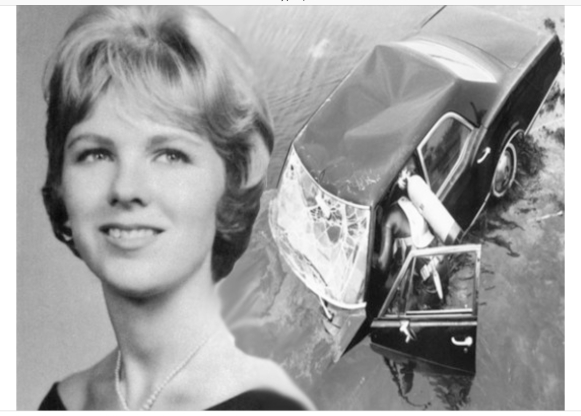 No matter how many hearts are broken or how much public curiosity,  all of the answers will never be known when a high-profile cover up is accomplished by the most powerful family in the country.  Ten hours gone unreported on July 18, 1969. Ted, was a very flawed youngest son in a line of breeding, never given the tools to be his own man; whose duty it was to take in a long line of other family members’ aspirations. It was  a recipe for disaster that patriarch Joseph Kennedy Sr. choreographed for years.

So, is it any wonder that everything went so horribly wrong on that fateful night? Without doing a “total reveal-” some of the ingredients of this well acted film. It remained true to the era and events with authenticity, having to construct dialogue between  Mary Jo and Ted prior to the crash, only known to them. What brought them together?

After Robert Kennedy’s death, all were grieving his loss, in need of some comradery and fun.  A reunion was planned at a local cottage during the Annual Regatta weekend on Martha’s Vineyard.  Yes, there was drinking, dancing, playing games, political shoptalk… to try to relieve sorrow and recapture anew for Ted Kennedy in ‘72.

There was the huge Oldsmobile that plunged from Dike bridge into Poncha Pond;  the ominous 1960’s phone booth outside the Edgartown Inn where vital conversations took place, the “boiler room girls” from the Robert Kennedy campaign, who, in truth were far more than “secretaries – were all highly educated, intelligent and committed to the Kennedy clan .The huddled business suits in a smoke-filled living room, barking out orders in the presence of a dazed Ted Kennedy who tried to conduct his fate to some extent, but seemingly to no avail.  Joe Gargan, a Kennedy cousin who was adopted by the elder Kennedys was a lawyer and “the fix it guy,” playing a central role in the film. He was summoned to go to the scene, they “borrowed a row boat” and he, along with Paul Markham, the US Attorney General for Massachusetts valiantly jumped into the pond and tried to find/ save Mary Jo…. prior to the damage control events that would unfold.

(Reportedly, Joe Gargan passed away in obscurity at age 87 in his Virginia home in December 2017 with just one reporter giving it ink.).

In my opinion, high praise should go to all actors, most especially Jason Clarke for nailing the role of Ted, and to these filmmakers for creating an authentic picture of the Kennedy-60’s era dynamic! The sight, sounds, images ,emotions in a time when politicians turned away from responsibility. Has anything really changed?