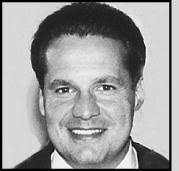 “Lead us not into temptation. Just tell us where it is; we’ll find it.” Sam Levenson

More twists and turns than any case one can remember, this 2004 Connecticut criminal case, followed by a civil  case, followed by still another criminal case is jaw dropping in the totality of events. The tale of Neil Esposito and Heather Specyalski could very well rival the events of the Monica Lewinski affair and top any of the offerings on the Jerry Springer or Dr. Phil shows.

What occurs when the people involved are affluent? What happens when they have political influence with a former Governor and had contributed to campaigns and other philanthropic endeavors? What is the price to be paid when medical examiners and world-class pathologists can be bought and state police doubted?

Is it right for state employees to interfere with the judicial process by “picking up the phone and exerting pressure?”  What occurs when the reason for the death involves irresponsible, dangerous and X rated behavior? What is the consequence when the survivor suffers life threatening injuries and is never the same?

Should the victim be memorialized with taxpayers dollars signed off by the legislature after having contributed to his own death? In a final chapter, what would today’s public say when the defendant is accused of another crime of a relative, which truly ended in a suicide?

My blog will attempt to hit the highlights and lowlights of this very complex scenario.

The defendant, a girlfriend, model, and divorced mother was 29 years old. Her boyfriend, affluent trash hauler, entrepreneur, Neil Esposito, 42 years old. They had been to a Halloween gala, imbibed too much and used very bad judgement that would be written in Connecticut law journals forever!

In the wee hours of Saturday morning, October  31, 1999, they were cruising at 120 mph down Route 9, driving north, taking the I-91 exit when someone lost control of the car, police said. The car went off the road and into the woods, striking several trees before overturning. Neither driver nor passenger were wearing seatbelts and had been drinking.

The crux of the criminal case rested on who was driving.  Mr. Esposito was the recipient of oral sex as they were traveling down the highway!!

Initially the Connecticut State Police ruled in it’s investigation that Mr. Esposito was driving during “the act.” In the meantime, two lawsuits were underway, charging damages to the Mercedes Benz Corporation by Neil’s father, Raymond. The second suit was brought by Specyalski to Esposito’s estate  in 2000, claiming he was the driver. (She had significant life threatening injuries).

Ms. Specyalski was to stand trial for manslaughter. Two weeks after the estate lawsuit, police reversed their findings regarding who was driving.

The 2004 criminal trial lasted 19 days in which Heather Specyalski was charged  with  manslaughter. The State Police initial investigation ruled that Neil Esposito was driving, due to the position of the body, his clothing and other factors.  In addition, the testimony of an expert witness stated that the gash on the outside of Specyalski’s left thigh could only have been caused by the gear shift on the car’s center console — an injury she could not have gotten if she were in the driver’s seat. The outcome was an hour deliberation and an acquittal, sparing her a 25 year prison sentence.

Father, Raymond Esposito, exerted his influence on a Governor Rowland assistant. A phone call was made to Dr. Henry Lee and (Voila!) the case was magically re-opened due to inconsistencies.

More fall out of the professional kind-First, Arkady Katsnelson, was an associate medical examiner who was proven to have been the recipient of a bribe amounting to $300.00 for advice regarding the civil lawsuit against Heather Specyalski.  Secondly,  while awaiting the civil trial, renowned pathologist Cyril Wecht was supposed to testify that Neil Esposito was in the passenger seat. However,  he was prohibited from testifying due to an 84-count federal indictment issued in Pennsylvania in January 2006, charging him with allegedly using government resources to benefit his practice.

Newspaper accounts state that the defense team for Hether Specyalski claim the oral sex rarely surfaced during the trial, but prosecutors seized on the silacial, as it was an element to create reasonable doubt. Whereas in a civil trial, it’s about the preponderance of evidence presented.

The civil wrongful death lawsuit by Raymond Esposito against Heather Specyalski was abruptly withdrawn and a settlement was reached just minutes before the start of the proceedings in January 2006. The senior Esposito and his wife spent much time and effort trying to protect the assets and endeavors of Neil Esposito. They were crushed with grief.

When the litigation was over, Heather Specyalski said from Waterbury Superior Court, “It’s over!” Her father tried to hush her, but she wouldn’t be quieted. Finally, she’d be able to be herself, do as she pleased. She could plan for tomorrow. Her plan was to buy a lot in Ashford, CT  and build a house by the pond for herself and her son. 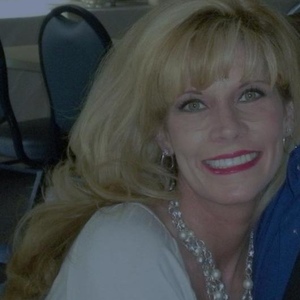 On March 13, 2013 Specyalski was on  trial on a manslaughter charge and fighting to stay out of prison with a potential maximum sentence of 46 years. These charges  involved  the overdose death of her son, 15-year-old Brandon Specyalski, who died at his mother’s home in August of 2008 from a combination of alcohol and drugs.

She was charged with negligent homicide, tampering with evidence, and three counts of risk of injury to a minor.  Prosecutors said she caused Brandon’s death because she bought him and his friends alcohol the night of Aug. 23 and allowed Brandon to take her prescription drugs. However, she stated she went to the store to purchase snacks, brought him a blanket and pillow as he was sleeping in the back seat of the car and that he took prescription drugs from her purse, unbeknownst to her, thus committing suicide.

Ultimately, Heather was acquitted again!  On March 21, 2013, she looked up at the jury and cried.  She later stated, “Freedom is the most amazing thing until it’s threatened.”

Hartford lawyer Richard R. Brown, a former state prosecutor speaking about the 2004 criminal trial  said he would have terminated the case after both troopers testified. “These were two troopers who sincerely believed what they were saying,” Brown said. “It’s a tie, and a tie always goes to the defense.”

Neil Esposito’s son, Raymond Esposito, 15 at the time of Neil’s death, was diagnosed with juvenile diabetes in 1996. Neil created the Raynbow Foundation and raised hundreds of thousands of dollars to find a cure for the disease.  Prior to his death, Neal  was in the process of planning a New Year’s Eve gala for hundreds at the Hartford Armory to raise money for the foundation, which his friends pledged to continue.

Heather’s resulting medical injuries began with a coma, (often a protective state for healing), numerous surgeries including gall bladder, kidney, bladder staph infections, hip problems, with use of a wheelchair as needed. She was able to resume walking  and driving in 2008.

In the year 2000, the Connecticut legislature voted to name one of the hundreds of bridges after Neil Esposito. A small green reflective sign seen by commuters daily on Interstate 91 North in Wethersfield, CT.

Helen Ubinas, former ace reporter for the Hartford Courant, interviewed Ann and Raymond Esposito in the aftermath of their son’s death and their considerable efforts to do what they could to preserve this name, waging many legal battles. In a January 26, 2006 article, Anne told Helen she would visit her son at the cemetery and tell him, “I hope it ended the way he would have wanted,”  Helen then asked  them?  “Did it end the way you and your husband wanted? Are they really satisfied?” Anne looked down and said, ”The lawyers tell us to say we are.”

There was so much damage done to so many family members in this case. What occurred overshadows the good about fallible people. Even James Dean would have to say, fast cars and fast women aren’t worth it in the end. Temptation can be evil, or your entry card to heaven. 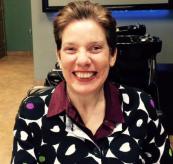