Missing for an Hour or for Years, the Personal Nightmare of LadyJustice

When people try to wrap their heads around the very real circumstance of a man or woman gone missing, it seems so surreal!  But it is very real.  Whether missing for an hour or years, professionals in the non-profit arena take all reports seriously.

When I think back 35 years ago my Dad was also missing, but this aspect was never emphasized in the scheme of things. Although I don’t recall exactly, I estimate that for our family, the time he was unaccounted for was approximately from 7 p.m. until 7 a.m. the next day.   Although the police tried to construct a timeline, if they had delved deeper, I believe they would have discovered his identity sooner. What difference do a few hours make? A lot!

We knew his habits and what occurred prior to leaving home in the early evening hours. He owned an auto body business and also sold used cars. After dinner, he typically left to collect monies owed for cars purchased.  Previously, I had inherited the family car to commute to college. The car needed oil, so my Dad intended to get oil for the car that evening.  At the time, I had just earned my Master’s Degree in speech-language pathology and was to report to one of my jobs in Western Massachusetts for my new employer.  I never made it to work the following day. 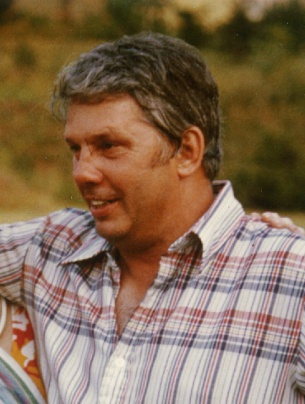 My Dad went missing and never came home, nor did he call my mother if he expected to be very late or change his plans, as he had done in the past. Hours of worry and concern ensued for my mother. She contacted all the friends, contacts, and family she could think of who may know of his whereabouts. She called the hospitals, nothing.

BUT WAIT…. Intervening events would play a part in this awful scenario. Prior to his going missing, he was at a stoplight and apparently someone had the nerve to mug him for the contents of his wallet, including his driver’s license. Dad had not had a chance to replace his license.  However, his van had dealer plates and he was a well known business owner in the Greater Hartford area.  Ultimately, he was found in his van. Why hadn’t the Hartford Police followed up on this right away? Did the dealer plates go missing too? I’ll never know.

However, what occurred was a series of unconscionable “missteps” by the police. Somehow, before we even had a clue that my father was murdered, the local newspaper (under whose authority?) wrote a newspaper article about a missing person.

We were in the living room that morning (Aril 17, 1981). My mother was very worried,  having spent a sleepless night.  I was dressed for work looking out the big picture window.  Mom sat in the rocker and was leafing through the newspaper. In the silence of the early morning, I heard my mother suddenly cry out words to the effect of “They’ve found him. It’s him.”

To our absolute horror, the newspaper heading stated “Unidentified Missing Man Found in Green Van.”  In our hearts, we knew it was my Dad. And then, the two of us summoned our strength to call the Hartford Police together. My mother recalled the detective putting his had over the receiver and in a muffled voice saying, “They’ve just identified him.” This was a chilling moment that no family deserves!  My mother called a close family member, a cousin, in order to provide support and drive us to the police station and the medical examiner’s office. I still did not believe it was true. The moment of truth for me was when someone at the police station walked past us carrying a plastic bag with my Dad’s coat which I recognized. That was a defining moment for me.

Imagine, if you can, learning that your loved one is murdered from a newspaper article with no warning whatsoever!

I could write volumes about the injustices we experienced as I recall the events today knowing what I know in 2017. Law enforcement tried, but they made many mistakes in the investigation, as well as in the judicial aspects for years to come, as the perpetrator never should have been eligible for parole!   Does it do any good to point fingers?  Would it have changed the outcome of the crime? No. I am grateful for their efforts in solving the case. However, I am not comfortable giving everyone involved a “pass” just because of the era in which it occurred, with the lack of resources for crime victims and lack of care versus overzealousness in convicting the murderer.

Perhaps the “saving grace” of our ordeal may be that we paved the way for future victims of crime to have a much better experience over time. That I can live with and it gives me solace.

As for the relatively short period of time in which my father was missing, although it was not prolonged, the events that occurred were horrendous, leaving scars for a lifetime. But, scars do heal. As a result, I have a tremendous amount of respect for all families of missing persons, whose ordeal typically goes on and on.

I will end with a most important message: If you experience a loved one or a good friend gone missing, time is of the essence!  In addition, if you desire expertise in assisting your local law enforcement, to begin the process, a missing persons report must be filed with police and then registered with the CUE Center for Missing Persons. http://www.ncmissingpersons.org/file-a-report/.

CUE donations are appreciated, with all funds committed to the work of locating missing persons and supporting their families.