The Low Down on Monetary Rewards for Crime

Reward- A sum of money or other compensation offered to the public in general, or to a class of persons, for the performance of a special service. In legal terms, the person promising a reward is offering to enter into a contract with the person who performs the requested action.                              (West’s Encyclopedia of American Law)

A June 2012 article reads,“A rare Frank and Jesse James reward poster could fetch upwards of $25,000, making it the most-wanted wanted poster in recent memory. Issued in 1881 and passed down through four generations of a St. Joseph, Missouri, family, the poster offers a $5,000 reward per man.”

If you can judge an outlaw by the size of his bounty, Jesse James was among the biggest, as $5,000 was equivalent to $113,000 in today’s current market.

The wanted poster epitomizes the spirit of the Wild West. Criminals in the 1800’s including harlots to murderers on the run typically were portrayed on a wanted poster offering a reward. Although they may have said ‘Wanted Dead or Alive’, they preferred “Alive” so that the outlaw could stand trial.

The $5,000 original reward for Jesse and Frank James was unheard of, but a strategy employed by Missouri’s governor, Thomas T. Crittendon, was put forth out of sheer frustration and to provide an incentive. Reportedly, over the preceding 12 years, the James gang had pulled off an average of one heist about every six months.

At the time of the poster’s issuance, Frank and Jesse were charged with two train robberies, one bank robbery and a murder in the last two years alone. Nevertheless, the pair remained at large.  However, no one ever collected the $5,000 reward offered by Governor Crittendon for the capture of the James brothers.

Postscript: Jessie was living under an assumed name when Bob Ford shot him on April 3, 1882.

Conventional wisdom says that a monetary reward can be a good tool under certain circumstances, but it’s all in the timing and the right amount offered by the appropriate representative. I have been told not to keep increasing the reward over time, as criminals will often hold back for even greater monies and try to change the terms of the negotiation, seeing the desperation of the situation.

There is very limited information on this topic online, however, a July 2015 article with the Salt Lake City Police Department outlined some facts and practices: 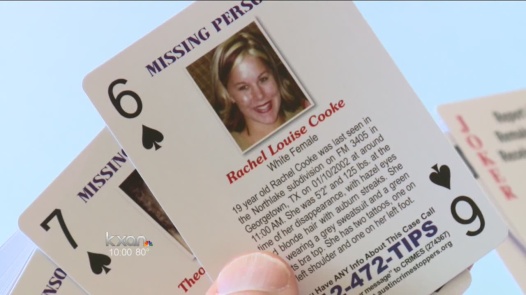 Often families with missing loved ones desperately feel that a reward will lead to information on the whereabouts of their loved one.

While on the surface offering a monetary reward may seem like a simple gesture, there are legal implications that need to be considered and it’s best to consult someone with experience in establishing rewards.

According to experts, a reward may serve several purposes including renewed media interest in the case and motivating someone to come forward with information. Although rewards don’t always produce the desired result, it allows families to feel they are turning over every stone to get information about their missing loved one.

The goal of a reward is to generate immediate results like tips and leads. Offering a limited time frame for rewarding information often will pique the public’s interest, as well as put pressure on those with information to come forward. Limited time rewards can be coordinated around a loved one’s event such as a birthday or anniversary.