Strange Encounters of the Murderous Kind 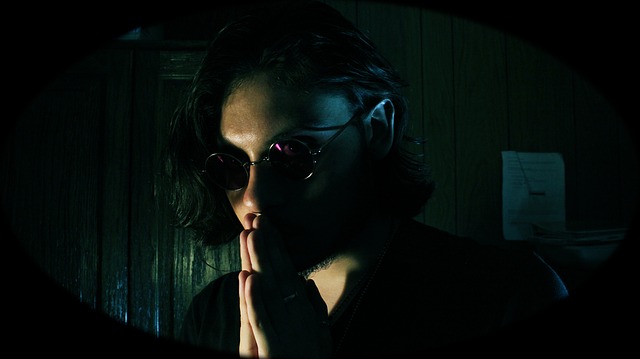 This is a true story of a personal encounter that happened recently. It was one of those strong life coincidences that occurs when you least expect it. Whether it was fate, a communication from heaven or something else, I do not know.

On a recent drizzly Sunday afternoon trying to do my due diligence paying bills a kindly looking gentleman approached me after viewing my car advertisement for my radio show.

As I explained about the show and gave a brief explanation of my Dad’s murder, the man, volunteered that he went to high school with a man by the name of PH. To my shock it was he who said the name, not me, – the same name as the murderer of my father!  (How could this be?) I was truly shocked. I gave no details at that point in time, but yet this man seems to know a great deal about the background of the perpetrator.

The man stated that PH was “a bad seed,” always getting into trouble at a youth.  (In fact I believe he was about only 21 years old or so when he was convicted of my father’s murder.)  His high school peer knew PH would end up in serious trouble.   In fact, he related that PH was one of three brothers – Perry, Harry and Larry…. or something like that. Seriously, they all rhymed!  My mind raced and ironically could only think of Moe, Curly, and Larry of the Three Stooges. But this indeed was no laughing matter!

Apparently at a very young age, running the streets of Hartford, PH was always looking for partner in crime, frequently approaching him saying, “Let’s rob a bank.”    This man was in no way a would-be criminal, but a was a member of the national honor society and was on the path to start a career in the insurance business.

He made it clear that he wanted no part of THAT world. Mr. S. was familiar with the murder of a second man “the perp” committed, after he killed my father. (The second man was an accomplice in a bank robbery who could identify PH, whose body he dumped in a cemetery.) However, “my informant”  was unaware of my Dad’s killing.  He said, in all sincerity, ,”Ya’know, the word on the street is that PH killed other people, he just got caught for these.” I definitely believed that statement from the way PH acted at the parole hearing.   Mr. S. asked for a current status report and was about to offer more “tales of yesteryear on the streets of Hartford,” when I stopped him and told him I didn’t want to hear anymore.   He understood my feelings.

My informant did say that he lost a cousin to murder at the West Indian Club in Hartford a couple of years ago as well. I told him he was welcome to check out my website.  Then a strange feeling came over me after hearing all of this information.

This man had no reason to lie to me. He appeared to know details about the perp and it certainly sounded believable to me. But then, I am a trusting person at heart, despite homicide. We exchanged business cards.

I couldn’t help but think as he drove away, if I had not chosen to do this mundane errand on this day, at this exact time, I never would have known this additional information about “the perp” after 34 years!  Life can be very strange indeed.  But there must have been a reason… only time will tell!