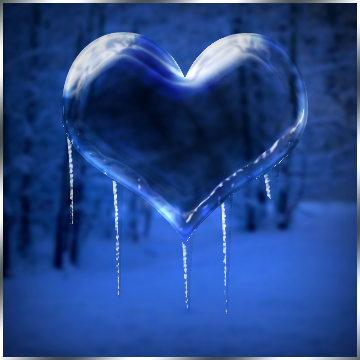 There are so many circumstances under which so many people confess….

This blog is not an attempt to chronicle all serial killers, or even one killer’s confessions, or a discussion of false accusations or wrongful convictions. To try to compile such information in one shot, this writer would just faint away in exhaustion. However, my point is to present a smattering of different kinds of confessions, as such emotions are intriguing to me and hopefully to other readers.

Tommy Lynn Sells, convicted serial killer . Says he does not want to “Come out here and say a bag of hoo-hoo” to quote his own words from a transcript of a 2004 “20/20 interview.” (He has claimed responsibility for over 70 murders across the United States!)   However, that’s what prolific serial killers do. They are so convoluted in their descriptions and mix up events that you never know what’s really going on.  Are they trying to be coy? Are they trying to fool interviewers? Or, do they really, just don’t remember the accumulated impact of their crimes?

Diane Fanning uncovered the truth and brought justice for  accused mother Julie Rea Harper and her son Joel. In the early morning hours of Oct. 13, 1997, Julie Rea was sleeping in her home when she was awakened by a scream. Concerned about her son, Joel, she went to investigate and yelled his name, but his bed was empty. Julie said she then struggled with a masked intruder, chasing him through the house, bursting through two glass doors and into the backyard.  Then, she said, the intruder walked away, removing the mask under a street light before vanishing into the night.

Within minutes, police arrived. Julie had a bruise over her eye and a gash on her arm. Police immediately searched her home and found Joel dead, his T-shirt bloody from multiple stab wounds to his chest.

Why didn’t they believe her? Well, they were sloppy in their initial investigation and trial and there was a messy divorce, and perhaps “the intruder in the middle of the night” just seemed so unbelievable.

Then there was another victim in the ring of terror by Sells who survived. On December 31, 1999, 10-year-old Krystal Surles was staying at the house of a friend, 13-year-old Kaylene ‘Katy’ Harris, when she was attacked by a man in the bedroom where the two girls were sleeping. She had just witnessed Kaylene having her throat slashed, when the man grabbed her and cut her throat. Pretending to be dead, she stayed still until she could escape and get help from the next door neighbor.

She survived and was able to assist in the conviction of Sells.

The actual retrial began in summer 2006. The court ruled that serial killer Tommy Lynn Sells’ confession would be permitted as evidence in her new trial, despite questions about its credibility. Meanwhile, the court ruled that some of the damaging testimony from Rea Harper’s ex-husband would not be allowed.

The Defense attorney, Ron Safer, maintained that Rea Harper’s first lawyer had been in over his head and that despite evidence to the contrary, police had unjustly focused on her as their prime suspect from the very beginning.

“All you have to do is examine the physical evidence and the circumstantial evidence for a concentrated couple of days,” he said, “and you can reach no other conclusion but Julie was 100 percent innocent.-

Enter true crime writer and researcher Diane Fanning, who saw Rea Harper’s story on “20/20” and found herself moved by her proclamation of innocence.

Diane was finishing a book on the brutal history of Tommy Lynn Sells, who was a death row serial killer with a history of drug addiction. She corresponded with Sells, and mentioned her doubts about Rea Harper’s conviction. (Through the Window)

What was it about a timeline that didn’t make sense? Joel was killed Oct. 13th– two days before police say Sells had raped and murdered 13-year-old Stephanie Mahaney in nearby Springfield, Missouri.

A Second Look and a Second Chance at Justice

The Center on Wrongful Convictions at Northwestern University and the Chicago law firm Schiff Hardin decided to represent her in her appeal pro bono and would spend in time and money- The equivalent of $1 million on her defense.

“A taste” of what one of Tommy Lynn’s Sells Confession was like:

Did you commit the murder of the boy in Lawrenceville?

I committed a murder two days before, the Springfield murder. I know this. Is it this murder you’re talking about? I’m assuming, got a good shot at it. You know. But, but to be-

Can you tell me, Tommy, what you remember about that murder?

Next to nothing. And, and I tried talking to Bob [NAME UNCLEAR] about this, and uh, y’all, y’all come here in forty-five minutes and you want me to disclose a murder investigation that, I’ve sat through many, and it takes hours. And, and y’all just want me to try to say that I’ve done something that I’m not a hundred percent sure; I’m not even forty percent sure. I know I committed a murder two days before Springfield…

Can you tell me what you do remember about that?

I remember getting in a fight with a woman. Well, not a fight, but a struggle.

Where was that? At a diner? At a restaurant-

No, no, during the murder.

Right. OK. And I thought it was her that I killed. But apparently it wasn’t. Now, y’all saying it’s a boy, and, and you know, it wasn’t like I asked for a name and, and, you know, I just went in to a dark room and started cutting. Or stabbing.

Do you remember why you went to that particular house?

Were you looking for someone or something?

What were you looking for?

I was looking for a woman, uh, that, that I had got into an argument with at a little convenience store earlier that day. And I had followed her, and thinking this is where she lives. No, go figure that. You know, it’s, it sounds awful coincidental, and the finger sure points to that one. You know. But, but before I say, yeah, I did something; I want to know I did it. I just don’t want to come out here and say, uh, a bag of hoo-hoo, and say this is what you want to hear, this is what I want to tell you. I’m, I’m, and you understand what I’m saying?

Through Diane’s unrelenting pursuits and meticulous research, in 2011 Diane Fanning received the prestigious Defenders of the Innocents Award.

Status of Tommy Lynn Sells:  Sells was executed in Texas on April 3, 2014, at 6:27 p.m. CST by lethal injection. He declined to make a final statement.

In 1991, after years of domestic violence, Geraldine Kelly shot and killed her husband and stored his body in a freezer at their home in Ventura, California. She told her young children that their father died in a car accident. Seven years later moving back to Somerville Massachusetts, she had the body driven across country stored in a local storage facility in Somerville. In 2004, 13 years after the murder Kelly was gravely ill with breast cancer and confessed to her daughter that she had killed her father claiming he abused her for years and told her where to find his body. The body was mummified but identified as John Kelly based on distinctive tattoos he was known to have including a panther, a Kewpie doll and a skull. The cause of death was a gunshot to the back of the head.

In 1934 a doctor named Robert Kenneth Wilson offered a picture to the Daily Mail newspaper. Wilson told the newspaper he noticed something moving in Loch Ness, stopped his car to take the photo. Wilson refused to have his name associated with it so the photo became known simply as “The Surgeon’s Photo.” For decades this photo was considered to be the best evidence of the existence of the Loch Ness Monster. In 1994 at the age of 93 and near death Christian Spurling confessed that the surgeon’s photo taken 60 years ago was a hoax and the mastermind behind it was his Stepfather Marmaduke Wetherell.

Confessed to: the Murder of William Desmond Taylor

William Desmond Taylor was an actor and a top US film director of silent films in the early days of Hollywood. He was to death in 1922 it became one of Hollywood’s most famous mysteries

In 1964, 42 years after the murder a reclusive old woman living in the Hollywood Hills was suffering from a heart attack and summoned her neighbor. she asked for a priest to confess but when no Priest was available she began to make her confession to her neighbor. As she was dying on her kitchen floor she said she was a silent film actress by the name of Margaret Gibson and that she shot and killed a man named William Desmond Taylor. She is alleged to have been involved romantically with Taylor but a motive as to why she killed him was never mentioned.

The Violin Story: In 1936 Polish virtuoso Hall Huberman was performing at Carnegie Hall and decided to switch the Stradivarius he was playing in the first half of his performance to his newly acquired Guarnerius violin. After the intermission the Stradivarius was stolen out of his dressing room by 20-year-old Julian Altman who was a New York nightclub musician.

Altman went on to become a violinist with the National Symphony Orchestra in Washington, D.C. and performed for Presidents and politicians with the stolen Stradivarius for many years. In 1985, 49 years after the theft, Julian Altman who was in prison for child molestation and gravely ill confessed to his wife that he had stolen the violin. He then instructed his wife where to find the Stradivarius at the couple’s home. Along with the Stradivarius, she found newspaper clippings recounting the theft. In 1987 his wife returned the Stradivarius to Lloyds of London in exchange for a $263,000 finder’s fee.

Romantic Confessions of Love…  Okay- Proposals: “That One Thing”

This says it all! 8 minutes of bliss!  http://www.wimp.com/romanticproposal/