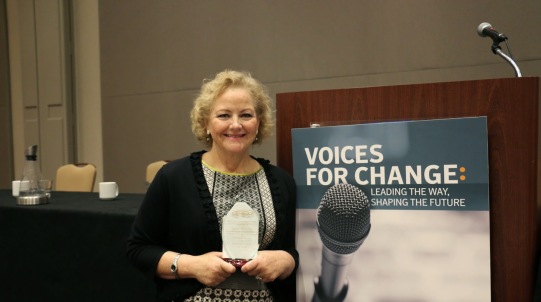 “The overarching goal of all of victims rights from my perspective in giving victims a voice in our system, is to help people be able to find some peace after what happened to them so that you can move on from this and be productive…”

One night I had a dream…

I also noticed that it happened at the very lowest and saddest times in my life. This really bothered me, and I questioned the Lord about it. “Lord, you said that once I decided to follow you, You would walk with me all the way; But I have noticed that during the most troublesome times in my life, There is only one set of footprints. I don’t understand why in times when I needed you the most, you should leave me.

The Lord replied, “My precious, precious child. I love you, and I would never, never leave you during your times of trial and suffering. When you saw only one  set of footprints, It was then that I carried you.

Since 1984, Alameda County, California has had the benefit of a visionary district attorney, namely, Nancy O’Malley.    Celebrating a 40 year anniversary includes combining the best of what history has taught us about the lack of voice for crime victims, the evolution of victims’ rights from a prosecutorial standpoint, the connection with non-governmental agencies; pairing with grass-roots organizations and advocates “who have been there.”  However, movers and shakers, like DA O’Malley are seldom content to rest on their laurels, when there is work to be done.  Cutting edge programing, stellar personal customer service from the top, and attorneys who are dedicated to victims make for a successful formula!

As for firsts, The Bay Area Rape Crisis Center, where Nancy volunteered in the 1970’s was a first of its kind in the country, established in 1971; http://www.bawar.org/about/

Alameda County initiated the first Victim-Witness Program in the country

“…Lois Haight Herrington (Now a judge) was an unknown quantity to the victims’ movement when she was appointed to chair the President’s Task Force on Victims of Crime in 1982. However, a few advocates in California who had seen her perform as a prosecutor, were ecstatic.

“I was happy when Lois went to Washington. But when she went to Washington she wasn’t going to take a job at the Office for Victims of Crime – it didn’t exist. Lois was going back to Washington with her husband.  The next thing I heard from her is ‘I’ve got a job. I’ve been asked to head the Office of Justice Programs.’ And I was just elated.”

An increase in restitution for victims through re-alignment (services offered to low-level offenders for Rehabilitation and getting them into the workforce from 2008 to 2013- over 100,000 million dollars that victims have lost and recovered through aggressive restitution of just the resolved cases! Putting the responsibility back on the perpetrator for ‘good faith intent’ and it gives the victim a sense of relief! Their Corrections Department – CDCR collects a percentage of victim’s pay accumulating to a total 20 million dollars a year from prisoners!

Includes ITunes and all social media

Disclaimer: The comments expressed on this website or on the broadcasts of Shattered Lives do not necessarily reflect the opinions or beliefs of the hosts, producers, or other guests.