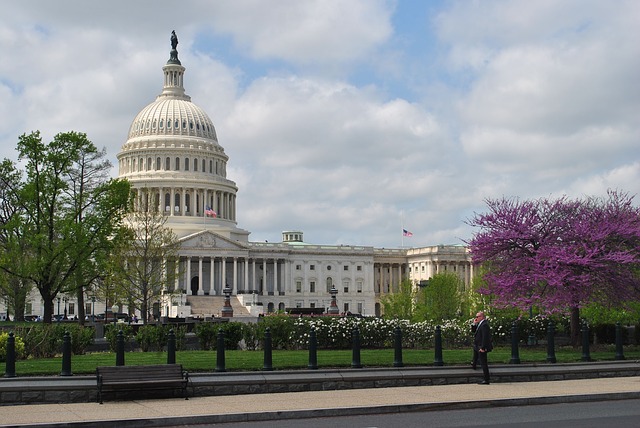 How does one possibly capture the pulse of this city, the heartbeat of the nation, particularly when it is juxtaposed with such an important week out of the fifty-two?  Darned if I know for sure.  The fact is I wish I had all of you in my pocket for a bird’s eye view of this whirlwind trip.

The sights, the sounds, the flavor of the city and the reason I had travelled here and my entry into what some say is the inner circle of crime victim rights was quite amazing and sometimes surreal!   I can provide you with some sense of it through words, photos and inspiring videos of Award winners. I can give you a sort of “mini-travelogue.” However, to capture the formal, procedural ebb and flow of the House of Representatives and the “old world palatial” Department of Justice surroundings is one thing.  The newness of the airport check-in style entry into all buildings, the daily trek to find a parking space, or hail a taxi, the 24/7 existence of what Washington DC stands for, and to see the demise of a hotel serving its purpose since 1949 only to be demolished forever in just a couple of days from now isn’t too difficult, if you use your imagination and former experience!  BUT, but, but, the intangibles are the emotions felt from the beginning to end and the warm welcome afforded me by so many, once the ball was rolling.

I would be remiss if I did not give a vast amount of credit to one Anne Seymour, THE WOMAN in crime victim rights circles in this town who commands so much respect, knowledge and is a “virtual encyclopedia “of persons to know, to go to for assistance, to form bonds with.

In a way, she struck me as the “Martha Stewart of the crime victim advocacy world” with important differences.  Warmth, no pretense, generous to a fault, always willing to share, and watching over her flock (of which I was becoming a part, I suppose) and utterly comfortable with a thousand people on her “apartment with personality” vintage books, knick knacks and memorabilia, just a bit bigger than a postage stamp (but average for this city’s standards). Anne does not coddle, she nurtures, AND provides a stage for you (if you want it) to speak in her lovely bricked garden patio.  Congressman Ted Poe, a neighbor who was an officer in the military, and all manner of non-profit and Federal workers either took the stage or just chatted freely, beverage in hand, waiting patiently for the pièce de résistance varied buffet meal. (Even gluten-free items!)

Anne asked that we “give a little sugar” to her guests who spoke extemporaneously and she gave it touting her friend’s accomplishments.  She is a devoted Aunt and sister as well.  Within the confines of the political edifices she appeared to be in her element with the movers and shakers of the political set.

One thing is for sure, Anne knows how to get the job done in whatever way needed, as friends and colleagues shared many stories of how they met, their favorite episode telling each with good humor.  My one regret is that we did not have the opportunity for our private chat, but, no doubt we will in the future.

In addition, I have to say that meeting and spending time with Marlene Young and John Stein, the original founders of the National Organization for Victim Assistance, was such a pleasure after 30+ years in between meetings.  They and sister, Sherilyn Young, International Organization for Victim Assistance Program Director, a very accomplished women in her own right, were very hospitable to me.

Currently, I am awaiting contact with many from that week. They may be resting, I don’t know the meaning of that word.  Many people I met are interested in connecting for a radio show, circulating my customized  Victim Impact Statement Assistance Service or connecting with my various and sundry colleagues for other projects.   They were all warm, welcoming, interesting and listened to me, my passions and the resources and people connections I may have for them.  But alas, several did not carry their business cards in the three days I was there so they must contact me.  How do I say, “You know the lady in the red dress, a POMC Board Member” (who was wildly enthusiastic about me, by the way.

Good Morning to Ya! Well… my transportation is delayed a couple of hours. . (Let’s get all the travel annoyances out-of-the-way!) In the spirit of the National Crime Victim’s Right’s Week, I must reiterate that one of the significant people in this realm is Anne Seymour. We had the unique opportunity to interview her on Shattered Lives” discussing a plethora of interesting issues! So… here it is again for you! Enjoy and circulate for this befitting week! Thanks!

Nurturing the Heartbeat and Pulse of Crime Victims: The Imprint of Anne Seymour

Howdy from Washington DC! An old world charm hotel on the waterfront that will be closing in 20 days as the government seeks to tear down buildings and make more money, I guess! A couple of glitches… but I’m dealing! More people out of jobs! Anyway, connected by phone with Dr. Marlene Young, original Founder of NOVA. I hope to see her tomorrow. Don’t think she remembered me from 30+ years ago… Why not?? LOL Here’s a bit about her stellar career below! I’m solo for now! Tomorrow the special Victim’s Awards and a private dinner. May walk down to the Crab place on the water before it’s gone!
LJ- Your roving reporter!
http://www.iovahelp.org/About/MarleneAYoung/

Hi Again! A study in contrasts…. An old hotel with character soon to be rubble. This was once a bustling area according to the locals and the murals…but no more. At Philips Crab House – you look out at the glistening water on the Bay amid the cabin cruisers…while someone is sitting next to you slurping crab legs with a metal bucket…or chose from the huge buffet style all you can eat -fried and otherwise. I had an excellent broiled salmon and “broccoli’s” and my one cheat in many months – a delectable delight HUGE bread pudding (Sorry Dr. A!) Had to come to the lobby for this as two of my three room lamps don’t work… Very intimate! LOL
FYI SL Radio shows looking’ good…. June almost filled Woo Hoo! PLEASE, PLEASE, celebrate with Jonathan Fleming & Bob Rahn and Company. Listen to our exclusive pre-release from prison show! Goodnight!

Had to brag! UConn Women Huskies Victorious! Watched the game against Norte Dame! 58-79. Geno’s 9th National Championship! Our worn are 40 and 0! Woo Hoo1 I remember going to their games at Gampell for $5.00! Those were the days! These are the days too! Go CT We are proud!

Good Morning All! Great day here in Washington! Marlene Young in the room talking international focus of victims. I did make introduction!

On other topics- Did you know that the recent shootings at Fort Hood may have stemmed from a disagreement over taking leave from work?? One of my most read blog dealt with workplace violence and disgruntled workers! https://donnagore.com/2011/03/14/disgruntled-workers-“going-postal”-and-other-human-tragedies-from-connecticut-to-california…/

This afternoon at 2 pm: https://ovcncvrw.ncjrs.gov/awards/about.html

Oh so tired… but a really fine awe-inspiring day in Washington DC today… With more on the way! Three Cheers for Anne Seymour and her HUGE entourage of friends who are movers and shakers! So heartwarming to know they are interested in me and my colleagues! More later! Goodnight! LJ

Good Morning from Washington DC! Wow! I met so many people yesterday…and was so impressed with the OVC Special Awards Ceremony at the DOJ. Hope to have some people as guests on SL.Woo Hoo!

Hello Everyone! I am virtually speechless with all I have learned, shared and exchanged in Washington DC. What a great opportunity to share gifts and continue to help victims of crime. Another Awards Event sponsored by the Congressional Victim’s Rights Caucus this morning! Such impressive recipients!
The political world is an inner sanctum, world unto itself. . We need to educate the bureaucrats every chance we get. Senator Ted Poe is definitely one of the good guys as is Anne Seymour! Marlene Young, John Stein and her sister Shari are great as well. Human Trafficking is not being ignored at the Federal level. Glad to say there is much bipartisan support. Will try to write a future blog on the bills proposed in our Congressional Victim’s Rights Caucus Policy Forum this afternoon. . Can’t say enough good about everyone I met! Let’s hope they keep the connection! Have to pack… ‘Bye for now! LJ

BREAKING NEWS from CONNECTICUT! The State has decided to approve a pre quest for compensation for 21 years wrongfully incarcerated Kenneth Ireland! (See my former blog). An attorney has been appointed to review how much he will receive. Can’t help but wonder if Jonathan Flemings case… “cracked by the crack team at Management Resources, LTD in neighboring New York may have had a positive influence! Congratulations Ken and Jonathan! Wow!

Final adventures in Washington winding down. After packing set out to find a new restaurant within walking distance. The Cantina Marina- beautiful setting on the water but open seating and “animal house “atmosphere. Even the fish tacos were not G-F. So climbing over hill and dale, rough terrain in parking lots and tree ruts, went to “Stage Four”- a really hopping place with lots of atmosphere too busy barely any service. But I persevered. The neighbors recommended the bowl of mussels appetizer and GF fries cooked in duck fat??. Anyway just right ..as salads were so boring every meal. Did I mention the Safeway grocery store looks just like a skyscraper? You’d never know! Anyway a brisk careful walk back… Sitting too long today!
Writing is a good companion when you are by yourself… just ask a writer! LJ

Good Morning! The end of the tour for Ms. Gore Goes to Washington”. I bid a fond farewell and hope to stay connected with lots of people!

What I learned:  That Washington D.C. is not at all like the reputation that some portray it to be.  If we take each day, each encounter on an individual basis, and see it for what it really is, that’s the key to success and the key to life!  Once again, thanks Anne for opening doors, and “thanks for the sugar.” So looking forward to the ride and the future!