Moving from the Darkness into the Light,“Mr. Madam” Goes Public

In the 1930’s based movie “They Shoot Horses Don’t They?” people of the Depression era were desperate for money and would literally dance until they dropped, the last couple standing being the winner. Another type of dancing in the Depression years was one for ordinary women, housewives, to “eek out a living. “ These dances were held in dance halls, in which a band playing. Women were available for dancing at the price of 10 cents per dance and selected by the man.  At times, it might have led to other “more physical transactions.”
Ruth Etting captured the pathos of these women, and the times in which they lived, in her 1930 recording of the song “Ten Cents a Dance”, written by Richard Rodgers and Lorenz Hart.

Excerpt of the lyrics:

“Ten Cents a Dance” by Richard Rodgers and Lorenz Hart

I work at the Palace Ballroom,
but, gee that Palace is cheap;
when I get back to my chilly hall room
I’m much too tired to sleep.
I’m one of those lady teachers,
a beautiful hostess, you know,
the kind the Palace features
at exactly a dime a throw.
Ten cents a dance
that’s what they pay me,
gosh, how they weigh me down!
Ten cents a dance
pansies and rough guys
tough guys who tear my gown!
Seven to midnight I hear drums.
Loudly the saxophone blows.
Trumpets are breaking my eardrums.
Customers crush my toes.

In contrast to the “Ten cents a dance” of yesteryear and street level  prostitution, professional escorts are groomed to meet the needs of lavishly wealthy men who are willing to pay any price.  Escorts have regular customers and often provide a variety of services. They are well paid and they know their business.

Although John was born and brought up by parents who were religious leaders of the highest order, his aspirations and drive to be the next “Don King” did not mesh with his upbringing. He was on a collision course with fame of his own making. 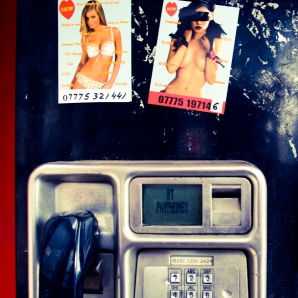 After John Pace, self-made superstar Marketing Consultant in Northeast Ohio,  (President of the World Class Events Management), representing  such companies as  Brown & Williamson Tobacco, RJR Nabisco, Coca- Cola USA, and Anheuser Bush, made millions for his clients, it all came crashing down around him in 2001.

A pivotal week-long sports and entertainment event was set to propel him to even greater heights, at the same time as the Twin Towers came crashing down on in New York City and the word’s psyche, so too did John Pace’s future. It was at that time when John reached the point of no return for several years and turned to the dark side of human degradation, using his marketing and promotion talents to fund his thirst for power and money in the sex trafficking trade.

Like the Pied Piper, he found “the right women to groom,” building an empire that would be his “house of cards.”  In June of 2009, he was so  tired of the sorrowful stories he had heard previously and could hang on no longer. He had to face who the self-destruction, his family and the collateral damage he caused for so many victims!  John saw the light, found God again and the true meaning of life, vowing to give back on the right side of the law.

John Pace, “Mr. Madam”  has chosen to “come out “ and make his sordid past public exclusively  on “Shattered Lives” Radio in hopes of re-inventing himself, educating the public and providing solutions to the evils of the sex trade as he knew it, starting with the Charlotte, NC AHEC Conference.  Join us for the provocative and intriguing interview with the former “Mr. Madam.” 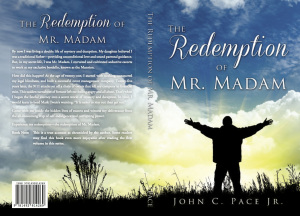 Questions from “the Mansion:”

Moving from the Darkness into the Light,“Mr. Madam” Goes Public