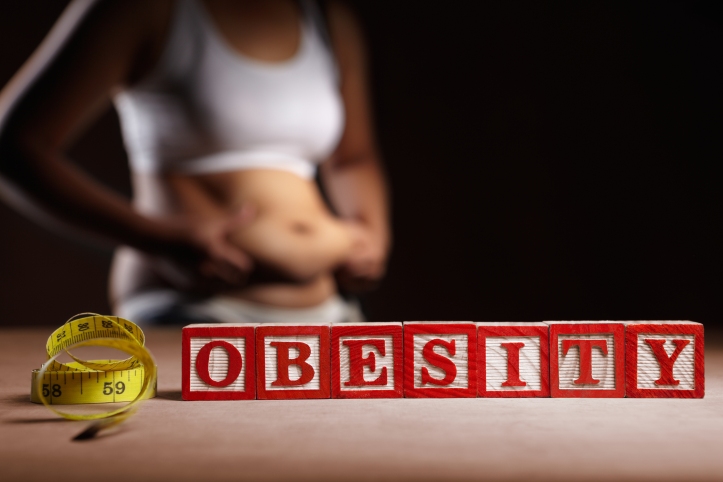 There is a Yiddish saying that goes, “Why should life be easy…when it can be hard?”

Hard, Hard, Hard…. for the majority of people during some point in their lives… For many, life circumstance and bad luck seems to follow them in a never-ending cycle…. Never able to catch up with “catching a break” no matter how hard they try…

FIRST… the FACTS… that are given to put the fear of God and whatever it takes… should this apply to you or someone you love…. If the facts do not inspire change from complacency regarding the need to accept and embrace better health habits…. then a true revealing personal story to inspire you… from Jennifer Harkey of Myrtle Beach, South Carolina….  Should do it…. She is amazingly courageous and with her team of supporters and she is making great progress!

About one in five (18%) of deaths among white and African-American people in the USA, ages 40 to 85, are associated with people being overweight or obese, the latest research suggests.

Calculations from scientists with the Centers for Disease Control and Prevention suggest that about 5% of deaths a year in the U.S. are because of obesity.

A third of Americans (36%) are obese, which is roughly 35 pounds over a healthy weight. Obesity puts people at an increased risk for type 2 diabetes, heart disease, cancer and other diseases. Pinpointing obesity-related deaths is an evolving science as researchers use different statistical models to come up with estimates.

According to the U.S. Census Bureau, In 2012, out of 12.2 million single parent families more than 80% were headed by single mothers.

Today, 1 in 3 children – a total of 15 million – are being raised without a father.  Of that group, nearly half live below the poverty line.

Around 45% of single mothers who have never married, around 55% are either divorced, separated or widowed. Half have one child, 30% have two.

IT’S A CRIME….   According to the National Institute of Health

Depression disproportionately affects women. Nearly twice as many women are likely to be affected by depression – estimates show that 5.8% of men but 9.5% of women worldwide will experience a depressive episode in any given year Empirical studies also show high prevalence of depression in single mothers

The average fast food meal costs $5 before taxes. Considering 600 million people are buying an average meal a day, we are talking $3 billion per day in turnover.

The subgroup of single mothers in particular, still suffers from high rates of joblessness: According to a July 2013 National Women’s Law Center report, “The June 2013 unemployment rate for single mothers (10.7 percent) was lower than their rate in June 2009 (11.7 percent, [when the recession began]), but nearly 1.6 times higher than their rate in December 2007 (6.9 percent)

Choosing the High Road to Health Instead…

Profile: Jennifer Harkey is a 42 year old single mother, living in South Carolina, subsisting in a situation of long-term unemployment, living in poverty and suffering a variety of health issues. The “bright spot” in this scenario is that Jennifer long ago decided to make the right choice to further her education and just obtained a degree as a certified Medical Assistant.

However, a degree is not a “cure all,” as Jenn soon learned.  How does one compete in the competitive health care world, right out the gate when you are “40 something”, and not exactly a poster woman for good health??  That is only one of the difficult realities and hard questions posed ….

The larger question at hand is why do this?… Why “put herself out there to the masses?” After all, Jennifer is NOT a Hollywood celebrity, capable of using her wealth for the benefit of others….     In LJ’s opinion, Jennifer has the potential to convey a MORE POWERFUL message to the masses, for she truly is “just like so many others” struggling just to maintain.  Therein lays her power… if she realizes it…,.  Sure …it’s embarrassing, Sure…. it’s hurtful… Sure…. she would prefer to keep her mistakes private. However, she has chosen the high road to health instead!

{Ladyjustice hopes that you will read this interview with an open mind and NEVER say “that can’t be me”…. for we are all just one French fry away from disaster  if we don’t pay attention and heed Jenn’s message. She’s doing it…one day at a time… )

Q: What kind of challenges are you dealing with that negatively impact your quality of life?

Q: How long have you been dealing with these issues? Which ones are long standing versus new?

A: “I have been dealing with weight issues for 20 years.  The issues I have been having that just came about in the last 2 years are the high blood pressure, high cholesterol, and not breathing right.”

Q: Which challenges are the most difficult currently?

A: “Currently the most challenging is employment and not fitting into clothes.”

Q: Can you identify when and under what circumstances they developed?

A: “Most of my weight issues came about from bad relationships, and poor choices in food and boredom.”

Q: In the past, how did you attempt to cope with your problems?

A: “I would get stressed and I would eat. I would get bored and eat , then I would just overeat because something tasted good.”

Q: Did you have a “hit bottom” experience that made you want to change?

A: I hit bottom a long time ago when my clothes started not fitting well. I would do something simple like walk across my house and be out of breath. I would also just be sitting on the couch and be out of breath.   It was incredibly scary. I would think,  “Gosh, I haven’t even done anything at all. Why am I breathing so hard?” Then I would think to myself, “I have to do something about this or I will die!” I was enrolled my clinical classes. My blood pressure was pretty high which was also scary. At the time,  when my instructor made me go to the doctor and get on medicine to address the problem.”

A: “My greatest fear is to die before its time because of poor choices that I have made.  My greatest joy is my children and my wonderful family.”

Q: What’s the most valuable thing you have learned from your mistakes thus far?

A: “That you eat to sustain life, and to portion and make better choices in food, and to keep moving or you will only get worse.”

Q: What was your prognosis if you continued down the same path?

A: “Most certainly an early death, depression getting bigger more depressed about that. It’s a downward spiral”

Q: Describe how your life has changed in the past few weeks…

Q: Describe your long term plan for change with Dr. Dalal Akoury…   What does it consists of?

A:   “My plan is to lose weight and to coach others about this weight loss.  We want to write a book and develop a strong weight loss program to help others who are going through the same thing as me.”

Q: In which of the following areas do you feel you have made positive changes… or hope to do so… Physical, emotional, psychological, spiritual, other?

A: “I hope to look better as well feel better which will help with any emotional issues I may have.  I am also working on trying to be more positive about life and how to deal with what is thrown at me.”

Q: You have recently graduated as a certified medical assistant. How does that make you feel and what are your future plans in using this knowledge?

A: “I feel great about graduating and getting my certifications, I hope to utilize them with a great job in my chosen field.”

Q: What-Who has been your support system in the past and currently?

A: “My family and close friends has always been my greatest supporters in everything I do.”

Q: What has been the best outcome to date that you did not expect?

Q: How far are you willing to go to keep progressing?  (i.e. Would you consider changing cities, other jobs, and schools for your son etc.?)

A:  “I would consider changing cities or jobs if the price is right.  However, for the most part, I don’t want to uproot my son from his school and his friends that he has been with since he was two years old. I have also considered maybe furthering my education even more.”

Q: How do you react now when you have times of weakness and you want to return to your former bad habits?

A: “I haven’t really had any times of weakness yet, right now I am trying to have a one track mind and be completely focused so that I will succeed.”

Q: What is your plan to sustain your tremendous progress to date?

A: “My plan is to be completely focused, to eat right, exercise everyday and follow Dr. Akoury’s instructions.”

Q: How do you think your experience can make an impact on others?

A: “Using the customized program created by Dr. Akoury, I think that others can see how she has helped me to change my life. In particular, she has not only inspired me to lose weight for the sake of looking better, but she has also shown me the importance of  embracing better health.”

Wow!  This self-examination speaks volumes in terms of how Jennifer Harkey has matured, evolved and blossomed (not in size), BUT in her perspective and taking on a larger vision and purpose to help others… We wish her much continued success!

It is not our role to judge anyone or their choices in this life… for those who would   ”throw stones” could some day be stoned themselves….

Walk With Jennifer and how you can support the campaign to better health for Jennifer  and Everyone go to: http://walkwithjennifer.com/about/