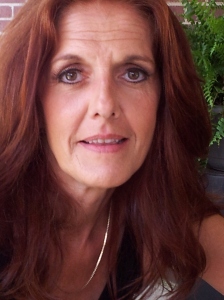 Life is a crap shoot… When we arrive at the pearly gates, Ladyjustice imagines that each of us will have an inventory list.  That list will include: regrets, things we should have done differently, perhaps even a few things we are not proud of. .. Other items will undoubtedly be those things at which we excelled, and our proudest moments and accomplishments.  Even if we show up a bit tarnished, we are human after all…

And then there’s Susan Murphy –Milano… That one of a kind woman… The beautiful, fiery Susan Murphy-Milano. That image was recently overshadowed by the horror of her ordeal yesterday, (July 10, 2012). Ladyjustice was shocked, horrified and dismayed at the latest seemingly impossible problem confronting her….

The horror of this ordeal…  It’s bad enough… that she is a homicide survivor, a survivor of family “intimate partner” violence,  sexual assault …and now multiple organ Stage IV cancer.

It’s bad enough…that she dedicated some of the best years of her life to a cause that does nothing but “bring you down,”  forces you into crisis mode, while delivering safety and her brand of justice to virtual strangers  without room for personal investment.

It’s bad enough… that Susan has had to fight tooth and nail for respect in judicial and law enforcement circles, gaining her expertise literally through “hard knocks “ versus the often cold and hallowed halls of academia;

It’s bad enough … that expertise, with little to no financial compensation, takes its toll on the mind, body and spirit;

It’s bad enough… that through it all, Susan could not save her beloved mother… But she did save the life of thousands of others over the years!

It’s bad enough… that she now suffers the new routine of being poked and prodded with needles and IVs, at times cannot eat, feels pain and sickness…and is  discouraged on the “not so good days.”

It’s bad enough …that she has limited energy and must push herself to do “the simple things;”

It’s bad enough… that the tumors remain her constant companions…although maybe not so vigorously as before;

However, it is UNCONSCIONABLE that pharmaceutical companies and lobbyists can dictate and play Russian Roulette with people’s lives by charging their exorbitant fees, thus destroying citizen’s livelihoods, their shelter, security, health and sustenance!

On the good side of things ….Susan has learned by trial and error to change her priorities, to make a new plan, forge a new path, to make peace with God and to embrace life according to what’s good for her health, her soul and her mind according to God’s new Master plan.
What could be better……  To kill the vile cancer for good… and maybe a million dollars… but, who’s counting when you have so much from the heart that costs nothing?Susan is surrounded by her many supporters and most especially, her unsung heroes/sheroes, who embrace her with love, patience and understanding beyond all expectations.

Written with Much Love,