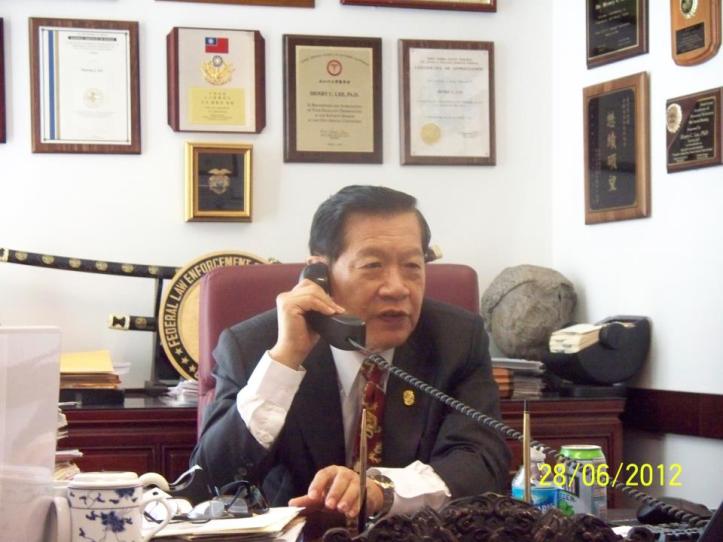 The Learning Experience of the Century for “Ladyjustice”- Donna, and Denny Griffin was had at the Henry C. Lee Institute. Ladyjustice had the opportunity to observe the lecture and hands on application of evidence collection and packaging classes,  viewing simulated crime scene rooms, the interactive learning center with a diverse tour, and doing a two  hour radio broadcast packed with fascinating  information including  Tim Palmbach, an anthropology student and Dr. Henry Lee discussing a former case!

To listen to the podcast with Henry Lee and Tim Palmbach:

(***Note there is a five minute segment near the end with extraneous conversation from others as we change rooms and phones. Please ignore it and stay with it until the end after Dr. Lee’s segment, which included more new information)

What you will learn by listening to this broadcast:

An overview of the Henry Lee Institute according to Tim Palmbach:

Enrollment, the Mission, “the Vision,” Regional to National; to International Focus

Resources and the need for Funding; Programs across the country;

Introduction to the “Learning Center:”

Science and Math Background but with many other options;

Specialization of career paths versus the curriculum before DNA;

Becky Skeglin- Criminalist Graduate Student in with a Thesis in Anthropology – Partnership with University of Split in Croatia:  Working on Skeletal Remains: Are Males and Females Becoming more Similar or Different?  Do we need to re-assess how we determine these factors?  Using Adult Remains used from the 16th Century to the 1700’s using shapes and size of the cranium; Becky’s interest in Anthropology; In Lab taking measurements and doing DNA samples.  Cleaning and contamination of samples….

Four things to check when you work in Anthropology to determine identity; Age, Race, Gender and Stature; Are there methods accurate? What research is telling us…

The Next Steps in the process:  Why is it changing and what can we do to distinguish for the future…   Metric versus non-metric measurement;  (Metric)  The Pelvis, the Cranium – 5 features  The Mandible, the Orbits (Eye), Mastoid Process behind the ear to differentiate gender;

How did the Henry Lee Institute end up in Croatia?  The History of the War…. And need to do DNA on the mass Graves, Bones and Samples. They reached out for help to Dr. Lee and other professionals

Mass Graves Laden with landmines – Very Dangerous Work….. and the beginning of a long term relationship,

Scientist  Dragon Formorac- in Charge of Croatian  Labs during the war came to PhD at UConn Connecticut for training  , MD in Croatia , Pediatrician, with specialty in Genetics and Forensics;

Became Minister of Science, Technology & Sports and Ran for President of Croatia two years ago and lost by one percentage point;

Tim’s Opportunity to Teach and Excavating last Year – Human Remains from Gravesites from World War II and the beginning of a wonderful relationship.…

Questions from Our Audience   Re:  How to decide which evidence to test first? 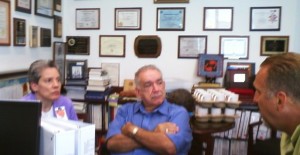 Is there a policy that limits the number of items they can submit at one time?

Forensic Science – What it was designed to do:  Analyze Evidence objectively, independently and help them understand limitations of testing and why they are.

Policies for Evidence presentation Answer: There should be—used to be a maximum of 10 items restricted unless you sat down and explained why.  Do an evidentiary review and prioritize evidence as a team approach…

Most labs are doing hundreds of thousands to millions of samples per year and are woefully understaffed; Therefore the typical response

How to figure out what is the most important samples to test?

Tim’s Complaint of the Day – “Oh, we’re waiting for lab results -They are only one piece of the puzzle. 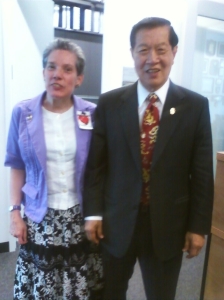 Prioritizing Cases – Daily Triage Meetings; What gets priority?  Variables that enter into the decisions

The necessity to be objective and independent;

Tim: “We never got the pressure to do the wrong thing or give an answer that we didn’t want”

“We did get pressure to get it done…. But I feel really honored to be part of our system.”

From Denny: Cold Cases and the advances in technologies: Has it changed everything?  The Henry Lee Institute’s Contributions:

DNA advances and fingerprint technologies as an example;

Discussion of Advancements in Fingerprint Technologies;

The Downside of Cold Cases: Having the evidence and reconstructing evidence, locating witnesses,  poor memories, old reports, going to trial;  Show us the actual evidence first;

Denny on the CSI Effect– Juries may think there is no such thing as reasonable doubt. “Everything should be iron clad.” Do the police think that “the lab can solve it “versus doing police work.

Tim:    Juries demand – unequivocal “This is him” with lots of back up evidence,   A fallacy In reality it may be mishandling of the evidence or…. the nature of the evidence.

Discussion of fingerprints from a firearm – Not an easy process – Really! Even with touch DNA

Looking at the “big picture” and don’t eliminate on the basis of lack of DNA or fingerprints alone….

Mock Court Classes at HLI – Teach students how to testify;

Discussion of the OJ Simpson Trial– Training police and Processing Evidence Procedures, methodologies and Standards were substandard – It was a wake up call to the profession;

Tim’s strong feelings on “Everyone is entitled to a fair and an impartial hearing, whether guilty or not: Why should we have to try the system?   We shouldn’t be imputing people and deal with the outcome of evidence.

The Innocence Project and discussion of those with lesser means….   Tim: “Yes, money does buy you access;”

Federal Rule 703 and State Rules – Expert Witnesses can give the “power of the opinion” Can be really dangerous…. Versus regular witnesses that can report only on what they see,  taste, smell.

Evidentiary Kits- Are police departments equipped?   (We need more – state, federal, local are getting by)

At HLI- Many police are paying out of their own pockets…

The price of courses – Example – Excavation courses – burying things for six months.  Very expensive and the use of local resources.

The Backlog:  Crimewire- Case of a double homicide semen hadn’t been processed

Example from Donna – Lavinia Masters; Past backlog has been met, but we may be back to that situations economically;

Tim on the realities of processing semen and other fluids and the time schedule (one sample) evidence;  (Lots and Lots, and lots of time on one sample)

“Unless you’re a victim, you don’t pay attention to lack of resources;”

(In Jest) “Call the producer of CSI to tell them  Next year every test fail, no one gets identified, no call a single case.)

Future Goals for the institute – ‘Staying current no matter how hard it is – through as many resources as possible.  Academia needs to get involved – a lot more research is needed;

Funding –  Deferments in hiring and backlogs   If we have a  crime wave economically,  cyber attacks, on the practitioner side (lab, law enforcement)- If we have another recession or depression – We are not ready for it.  we cannot provide!

The way it is in Great Britain –   The Great Scotland Yard – The Lab services are closed down at the government level!!!

Dr. Lee appears – Took the red eye home to the give a speech at the New Haven  International Arts & Ideas Festival in New Haven

Dr. Lee speaks on the Dr. Russel Manfredi case, March 8, 1985 –A staged car accident in which he killed his wife in the master bedroom

Blood spatter on shade, none in house on the white; blood smear. Lowered out the window head down, ham, medium velocity blood spatter) He left the keys into the house.  Used the garage door opener…

Parting Thoughts – The need for everyone in the system to communicate, work together and

To use technology to it’s fullest.   Hope we get the resources we need….

What’s at stake to victim families – it’s hard to put a price on that not getting the resources.

Each community has people available who work pro bono

Tim recommends that we check out the Universities

Tim explains how it works and what people need to do;