The Tour of the Century! 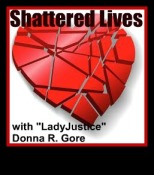 The hosts of Crime Wire, Dennis Griffin, and Shattered Lives, Donna R. Gore, will be guests of the Henry C. Lee Institute of Forensic Science located at the University of New Haven in New Haven, CT.

A private tour of the Institute has been arranged for Denny, Donna and their guests, and afterwards a two-hour special radio broadcast with guests, Tim Palmbach and the renowned, Dr. Henry C. Lee.

The Henry C. Lee Institute of Forensic Science links scholars, students, forensic scientists, the legal community and professional practitioners in many fields in addressing the scientific and social issues confronting forensic science and the criminal justice system throughout the world. Through training, consultation, research and a unique public learning center, the Institute’s goal is to make the criminal justice system more effective. This is achieved through more accurate and cost-effective crime scene investigations and better crime prevention measures.

A Public Learning Center, one of the first of its kind in the world, draws its visitors into a world of intrigue and discovery of famous forensic cases. It is also a one-of-a kind unique repository of forensic evidentiary artifacts and documentation

A former guest on Shattered Lives, Tim Palmbach is an Associate Professor and Chair of the Forensic

Science Department. In addition he is a Fellow and Instructor in the Henry Lee Institute of Forensic Science. He served 22 years with the Connecticut Department of Public Safety, retiring as a Major in charge of the Division of Scientific Services. His research interests involve the applications and development of new technologies for crime scene analysis, and he is actively engaged in criminal cases throughout the United States as an expert witness in the area of crime scene reconstruction.

Dr. Lee believes that with 40 years of experience, his major area of specialization is putting the case together; reconstructing a crime. He is quoted as saying that the success lies in how you interpret the results. Because of his many years as one of the world leading forensic scientists Dr Lee is a leading proponent of a focussed local and systematical approach to crime and to processing a crime scene.