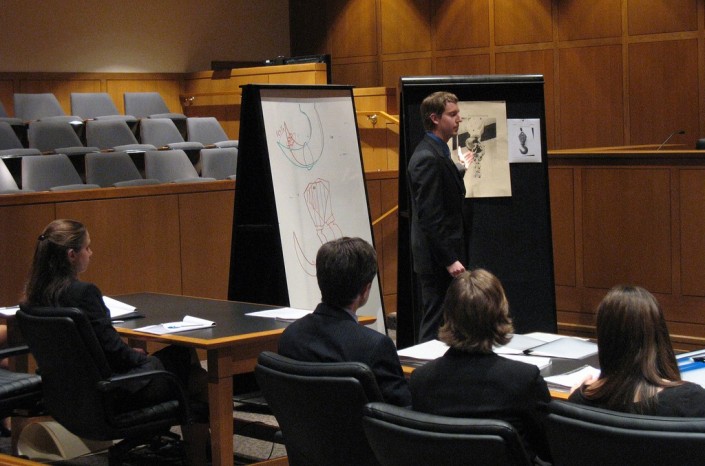 In light of the recent guilty verdict in the Jerry Sandusky child sexual abuse trial in Bellfonte, Pa., we look back and ponder just how cases like this, and others, are won or lost.

One of the fascinations with law – whether it be in an actual courtroom or featured on a TV drama, is the closing arguments in front of a jury.  The case might be a “slam dunk” in terms of physical or circumstantial evidence. However, a skilled prosecutor “matching wits” with an equally skilled defense attorney can have the courtroom attendees scratching their collective heads based on each closing argument and their unique abilities “to paint an effective picture.”

LadyJustice saw this firsthand in the trial of her father’s murderer in 1987.  Although there was absolutely no doubt who the perpetrator was…and what he did, the defense attorney appeared to make the best argument possible.  In fact, the defense attorney approached this writer, seeing her day in and day out in court… and apologized for essentially putting the victim-her father on trial.  This was not pleasant.  It was so unfair…and yet they claim it is “part of their duty.” ‘To have a personal apology…. Ladyjustice was supposed to consider herself lucky…for defense attorneys rarely offer it.

The fact that the same jury was hearing another “weaker murder case” committed by the same murderer simultaneously, undoubtedly played a role in conviction. Such a legal ploy, in which a stronger case is combined with a   weaker case when the offender is the same person, is known as “joinder.”

Personal stories aside, the closing argument is often the linchpin of the entire case that typically averages between two to three hours during real trials versus five-minute arguments on TV!  The prosecution “gets a second bite at the apple,” in that they are given the opportunity to rebut what the defense has presented.  The defense does not have this right.

Each prosecutor and defense attorney has his or her own style.  There is no “magic formula” that they all possess.  Is their degree of passion and commitment to the case directly proportional to the jury’s understanding?     One never knows…  Does money always buy a better defense?    Most people would say yes…

However, it is interesting to compare notes and analyze the differing styles of some of the real and fictional attorneys in action during closing arguments.  The following video clips include a variety of samples (Although sadly, there were not many closing arguments from which to choose… even with lots of searching from the Perry Mason era to present.)

Please take the time to view these…. You will enjoy them.  Samples vary in length and include:  Three episodes of Law and Order; The first part of the defense’s closing argument in the Casey Anthony case; Johnny Cochran’s closing in the OJ Simpson trial …..

AND… a wonderful intimate partner violence segment from Harry’s Law. Could she be a Susan Murphy Milano clone?  Ladyjustice thinks so!

‘In any case… YOU be the judge!