Movie Reviews: A Look at “Shattered Lives” on Film 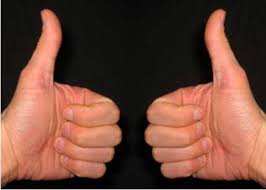 It wasn’t Siskel and Ebert… It was Gore and Jones…

BUT FIRST:  What it’s like around the ImaginePublicity “water cooler” (a snapshot);

What can we learn from the movies? From Ladyjustice’s perspective, we learn that life is imperfect and that the best movies are about the human condition. We ask, are movies truly a reflection of real life or “just a form of escapism?”  LJ believes that movies today are mostly superficial and don’t want to deal with the real issues… with an occasional “take your breath away” movie.

When You Listen: You Will Learn About: (Videos Clips Included at End!)

A Preview Of Coming Attractions: Future Shows on “Shattered Lives”

Chuck Elgin- The Use of Sonar in Search & Rescue;

(Up Close and Personal);

News Anchor:   How to Assist Victims of Violence Crime with

“the Media Sharks” and Why I Gave it Up;

July 7th –   Angie Warner, Daughter of  Alice Donovan, who was kidnapped at gun point and killed, but her remains were not found until 6 years later, after the trial and death row conviction of the two killers:  Their Personal Journey;

(Don’t mind the Spanish subtitles… They don’t even match the action)
http://www.youtube.com/watch?v=-28_u2K8jwU&feature=relmfu