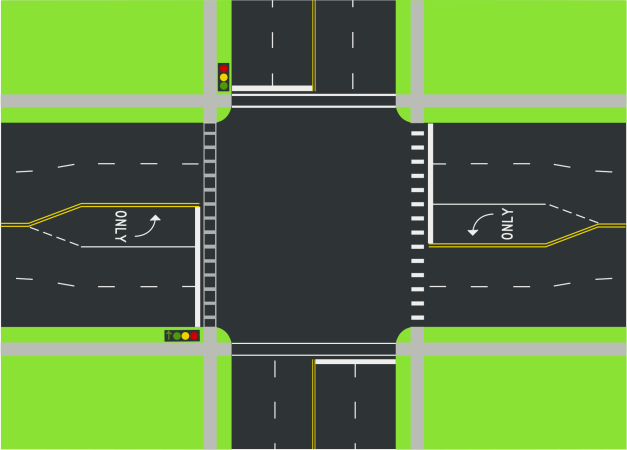 The Center for Disease Control and Prevention is charged with overseeing highway safety under the National Institute for Occupational Safety and Health (NIOSH).

To create public awareness for this important issue, Ladyjustice invites you to view and vote for your favorite highway work zone video via your Windows Media Player.  These are a few samples taken from the State of Connecticut Department of Transportation’s website….

As drivers, we frequently travel on “automatic pilot” and do not give the road and environs 100% of our attention.  We all know what is required to be safe…but how many times do we “push the envelope” into the distracted arena?  We are all guilty of little infractions.  Will we have an accident if our hands are not at the “ten o’clock two o’clock position” on the wheel?  No…  However, controlling distance between vehicles, speed and our full attention will ensure a “safest possible” ride, as we know we can control our behavior… but we never can control the behavior of others…  Cell phone use (in those states that still permit it), personal grooming, drinking/eating and cigarette smoking are the most common distractions to driver concentration.

Definition: Distracted Driving is any non-driving activity that takes your eyes off the road (Visual). Hands off the wheel (Manual) or interrupts your concentration (Cognitive).

The CDC conducts investigations of fatal occupational injuries called Fatality Assessment and Control Evaluations (FACE).  Regarding Highway Work Zone Safety, as of June 2011, an inventory was generated which includes report numbers, the state in which the fatal incident occurred and a one sentence “explanation”. Ladyjustice reviewed one such fatality inventory representing approximately 16 states considered “cooperative partners.”  The one sentence reviews involve being struck, backed over, crushed, sustained falls, or rolled over.

The most frequent scenario, 21/72 incidents (nearly 30%) involved being backed over by dump trucks.  This would imply that there is an inherent danger in this type of vehicle that is not being addressed!  This writer asks, are they consistently equipped with the latest technology with electronic signals, sensors and the like?  Obviously not…

As of 2010, States with the Highest Number of Fatalities within Work Zones included:

This writer can only speculate that by virtue of their size or hilly terrain (Pennsylvania), such statistics appear to be reasonably predictable.

On June 17, 2005, a male roadway construction supervisor died after being backed over by a water truck at a roadway construction site. The victim was part of a seven-man crew performing a milling operation on a 2,200-foot-long and eight-foot-wide blacktop berm of a recently paved section of a four-lane state highway.

Due to a quality control problem, the blacktop berm had to be taken up and replaced. The milling machine had the capacity to remove a six-foot-wide section of the berm at a time. The crew had completed the six-foot-wide milling operation on the 2,200 foot section of the berm and had decided to mill the remaining two feet of berm before quitting for the day. A tractor equipped with a road sweeper was positioned behind the milling machine and the water truck was positioned beside the milling machine in the closed right side, westbound lane of the highway.

The supervisor jumped onto the running board of the water truck and instructed the driver to return to the starting point of the milling operation and to apply water to the remaining two feet of the berm. The driver began to back the truck the 2,200 feet to the starting point. After dismounting the truck’s running board, the supervisor walked around the tractor and into the path of the backing water truck. The two rear passenger-side truck axles backed over the supervisor before the tractor operator could alert the truck driver. A crew member called 911 from a company cell phone while other crew members moved the victim from underneath the truck. The victim was breathing and vital signs could be detected. The victim was transported to the hospital where he was later pronounced dead by the attending physician.

The employer was a roadway construction company that had been in business under the present ownership since 2003 and employed between 1,200 and 1,400 workers, including five corporate safety officers. The employer had a comprehensive safety and training program. Training was conducted both in the classroom and on the job. A one-day orientation was conducted for new employees. This included watching videos on topics such as personal protective equipment, safety at the worksite, excavation, and vehicle and equipment backing. All safety materials were presented to Hispanic workers in Spanish. Supervisors had to complete the OSHA ten-hour course on work zone safety and the company-developed work zone supervisor training program. The victim had completed this training. Flaggers had to complete a flagger certification program. The victim had worked for the company for five years and had over twenty years of experience. The safety officers stated that the victim was very safety conscious. The safety officers also stated that the company had policies and procedures in place to limit the backing distances of equipment and vehicles

The employer had been contracted by the state Department of Transportation to repave a 2,200 foot-length of one and a half-inch thick blacktop on a four-lane state highway that ran in an east and west direction. The contract also called for an eight-foot-wide blacktop berm to be applied on each side of the highway.

After this work had been completed, the company’s quality control department identified an unspecified problem with the blacktop on the westbound berm and determined that it would have to be milled up, hauled back to the blacktop plant, and new blacktop would be applied.

On Friday June 17, 2005 the work began at 7:00 am. A milling machine and a broom tractor had been previously transported to the site. The seven-man crew consisting of the supervisor, the water and dump truck drivers, the broom tractor and milling machine operators and two laborers drove their personal trucks, a water truck and a dump truck to the site. Paving equipment had also been transported to the site and was located in a staging area approximately one quarter mile eastbound behind the milling operation with the personal vehicles. The supervisor was responsible for safety at the site. The work progressed until 5:30 p.m., when the last of the six-foot section had been milled.

The seven-man crew decided that, since it was Friday afternoon, they would back the milling machine and tractor to the starting point and mill the remaining two feet of blacktop so that they could begin reapplying the blacktop at the start of work the following Monday morning.

Despite training, safety protocols, and work experience, we will never know why this supervisor chose to make the fatal decision contributing to his death.  Was it “just human error,” fatigue or a rush to complete the job on a Friday afternoon?

As they say in Department of Transportation circles…

(Don’t forget to cast your video votes and let LJ know which one you would likely pay attention to….)