Reflections on the 8th Annual CUE Center for the Missing Conference 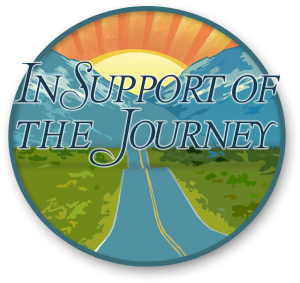 This writer was “waiting on the last train to Georgia…or rather… the next plane to Connecticut” trying to put all of the visual and emotional pieces together of this inspiring experience.

Southern hospitality… conversations frequently peppered with “Y’all” which was somewhat foreign to this Yankee girl…but nice just the same….   Ladyjustice was taken into the fold right away.  The Searcher, Monica Caison wasted no time recruiting her volunteer help…. [This was LJ’s kind of place already!]  After a day of air travel, the pajamas and an old episode of “Law and Order” on the tube would have to wait… There was work to be done….’Lots of work! The behind the scenes hustle ‘n bustle of activity and fatigue on the dedicated volunteers faces was starting to show with general craziness or short fuses…. But all was well… They’d work out the kinks and put out the fires somehow…

Collating program books, making badges, filling CUE Center tote bags with an endless array of “necessary trinkets” emblazoned with the cool CUE Center logo on the  red or black bags…and lined along the walls of a back corridor, was quite a sight! Seeing the endless array of donated homemade food items reminded LJ of a home style wedding preparations with every family member and neighbor making their prized dish!   It was a whirlwind of activity with setting up meeting rooms, audiovisual checks, practice presentations, frantic calls…. all going on simultaneously!  During the Conference, there were endless gift bags and raffle tickets which is the mainstay of fundraising for non-profit organizations.

One hundred seventy to two hundred registrants were crammed into the Holiday Inn with a jam packed agenda… Somehow it all worked with an army of hardworking volunteers. Many CUE Center volunteers are family members of the missing… and forever after their experience, are recruited and become recruiters.  Victims-volunteer’s faces and their big hearted natures tell the story.  They may be waiting in limbo for more work on their cold cases, or… they may have been inspired by others…or, as one fresh faced volunteer reported to Ladyjustice, a sole missing poster on the grocery store window gave her the impetus to do something!

Another soft-spoken woman, a teacher from Raleigh, saw Monica Caison on the news and decided to investigate, as her son demonstrated behavioral changes as a college student, pitched a tent on the beach… and then disappeared again… ten years ago.   Was it foul play? Was it mental illness?  She was looking for direction.  She gave herself permission to acknowledge denial. She may have had an epiphany and wholeheartedly participated in every activity during the Conference!   She wanted to learn…  Such grace… Such a wonderful woman! She had found a new family and a safety net.

There were many impressive speakers covering topics of personal stories of the missing- (Literally from the mountain top – a hiker, to those of who were killed and abandoned at a former housing site); Presenters on intimate partner homicide, forensic anthropology, gangs – the forgotten youth, the aftermath of crime, legal matters in death declaration, building public awareness and being media savvy, hearing the perspective of a true crime writer and sonar training….and a heart wrenching candlelight vigil/unveiling of this year’s missing person’s wall.   HOWEVER, nothing quite captures the essence of CUE’s mission like the vital connections made in the pursuit of saving lives.  Little did attendees know what would happen…?

A day of boating on Lake Robinson near the Darlington/Chesterfield line in North Carolina turned into tragedy.  Seven young men in their late 20’s and early 30’s went boating on a pontoon boat on Friday night, March 23rd.  South Carolina Now.com and WISTV news articles reported that they started across the lake and “the boat motor ran hot and cut off.” Following this, each of the friends drifted and jumped into the water to cool off.  Over a course of time, five of the seven men surfaced, the boat most likely drifted away and they noted that the other two, Casey Lloyd and Andrecia Jarod Delaine did not surface and ultimately drowned.  One friend, Gene Johnson was distraught over their efforts to save their friends.  Gene, in fact, was rescued after his dog jumped in the water to save him.  Reportedly, an investigation was ongoing to determine if this situation was accidental, or to rule out criminality. Toxicology reports were also pending on the two men who died.

The South Carolina Department of Natural Resources and Chesterfield County Sheriff’s office began the four day search… However, there is a back story… Reinforcements were needed… vital resources that only the CUE Center could provide….  According to Connie Braddock, a State Coordinator for CUE, and a Search and Rescue Technician, the set of circumstances played out like neatly stacked dominoes to result in a valiant search and rescue mission.  Captain Andy Locklear of the Darlington County Sheriff’s Office happened to be attending the vigil to accept CUE’s “Keeper of the Flame” award on behalf of the Michelle Haggadon family.  He learned of the tragedy unfolding.  He knew they needed resources and manpower. Some of those resources were not available to him had it not been for the CUE! Coincidentally, Chuck Elgin, a presenter and expert on sonar equipment and techniques was utilized immediately.  Not only that… but Robin Moore’s skilled cadaver dog, Roscoe from Tennessee was also in attendance and they were deployed to the scene. Although other rescuers from CUE were weary, they too made the 2  1/2 hour trek to the scene to assist local investigators.

Connie stated that the necessary components of a search of this kind include “ground pounders” (i.e. searchers on foot), mounted horses, land dogs, water dogs, ATVs (all terrain vehicles), divers and sonar equipment.

In the end, it was the combined effort of divers, searchers, trained dogs and sonar equipment that brought the situation to a resolution.  Although the outcome was bittersweet – tragic for those lost and relief for those saved, the heart of the operation was “the CUE CENTER Machine.”  Monica and company sprang into action and it worked “like clockwork”… and that is the point!  For Ladyjustice, this is the essence of CUE and “the ribbon on the gift” of such an inspiring conference!

Ladyjustice encourages all readers to make a donation to this wonderful non-profit organization at: