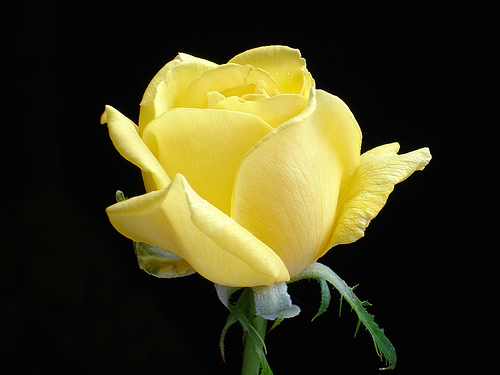 (Preface: My father was murdered in April, 1981. My paternal grandmother, known to many as “Nana,” died in May, 1998. In the intervening time, the homicide “knocked the stuffing out of Nana.” During those final years, she lived a life of quiet desperation, depression and isolation over the death of her only child. She did not know every detail of the homicide, for if she had known, we would have lost her sooner… Many years retired, she didn’t keep up with friends and there was no one who “volunteered to do a eulogy” for her. However, Ladyjustice felt her grandmother deserved a fitting tribute for her life….and there was no one better able to speak about it. Years later, this writer thinks she could have done an even better tribute… But, no matter…)

How does one eulogize a person’s life when it will not be heard by anyone in particular? This letter is my attempt to do so…

The last time I spoke to my grandmother was 2500 miles away, just this past Mother’s Day. We spoke at length about many things, but had I known it would be our last conversation, I would have said so much more; I would have thanked her for the many ways she contributed to my life…
She was the one who truly taught me about strength and the role of survivor… and longevity, for she outlasted many people and hardships in her lifetime. She became a single mother when it wasn’t popular or accepted. She worked tirelessly holding three jobs during the war years to support her and my father. She made the ultimate sacrifice only a mother could –temporarily giving up her child for a year to foster care when no other choices were available.

In later years, Betty Gore was proudly the longest working State employee for her era, just shy of four decades for the State Labor Department as a supervisor in unemployment compensation. Longevity…. And speaking of longevity, she was the longest smoking person and successful quitter of smoking I ever knew after nearly a 69 year habit. We discussed this topic on the phone recently. I told her how proud I was of her for such an accomplishment! I could hear the pride in her voice as well.

She also had an iron will and would stand up to any person necessary as a longtime “ghetto landlord.” Some of my best and most eventful memories include accompanying her to collect rents in Hartford on Saturdays driving the big station wagon filled with hardware and tools. She was fair and compassionate with those less fortunate or she could “do the evil deed” if per chance, someone did not pay their rent after multiple opportunities.

There are also earlier childhood memories, as she spent inordinate amounts of time with me trying to develop my fine motor skills – teaching me to type and to knit… and to swim. She also loved to pick up particular kinds of seashells while roving the beach. Elizabeth N. Gore, as she liked to be known, was the ever present babysitter, always available to give my parents a break from the hospital and physical therapy routine. As a young child I recall the delicious salads she used to make for us with shrimp and avocado – such exotic ingredients for a child’s palate! As soon as she left the room, I would promptly finish the coffee in her cup as well.

In later years, although she became more reclusive as a means of coping with still more hardships, she retained her strength of character and frequently biased opinions about all types of people and situations. Secretly, I believe that a portion of her life died with my father, 17 years ago and she was “just waiting for the return trip”.

Now, at long last, it has happened in an ever so peaceful way… The way she would have wanted it. Thank you, Nana for all you did for me. I’ll see you someday “on the return trip” myself. Until then, be well…
Love Always,
Donna
5-29-1998
Donna R. Gore, M.A “Ladyjustice” Granddaughter of Elizabeth N. Gore
.