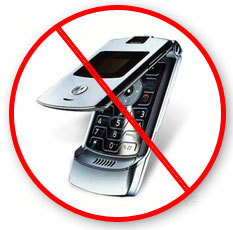 All people experience trials and tribulations in their lives.  Some move through life relatively unscathed with just a blemish or two. Others spend the bulk of their lives immersed in tragedy, while the vast majority of people fall somewhere in between….  It’s bad enough to contend with your problems, foibles and misdeeds following you in life.  However, just imagine when they follow you beyond the grave as well.

We are not placed on this earth to judge the actions of others, as we, too, could be put under the magnifying glass.  And yet, mainstream journalism and social media does it all the time,

This time, we cannot place blame on the media directly.  Rather, it is a first responder, sworn to protect and serve, who is the culprit.  A police officer who purportedly claimed to “teach a lesson” performed a very disrespectful act.  Ladyjustice thinks that language analyst Peter Hyatt would agree. But let’s back up a bit… and tell the story of the evolution of “Joshua’s Law.”[Information is derived from the New London Day newspaper and the Connecticut Legislative website.]

Robert and Nancy Rogers were notified on Father’s day 2009, that their only son Joshua was dead. Joshua, a 4th generation Connecticut National Guardsman in the 1st Battalion, 102nd Infantry Regiment, died of a heroin overdose.  He had been their miracle baby, conceived when Nancy was 38 years old.

However, Josh experienced a downward spiral after his grandfather, with whom he was very close, passed away.  He was depressed, experienced panic attacks and began his descent with drugs and several Rehab attempts.  Reportedly, he had been training to deploy to Afghanistan just prior to his untimely death in a hotel.  Josh struggled to stay away from his former drug partners.  In the end ,he succumbed, lying to his mother that he was going out for coffee with a friend on that final day in June, ‘Such a sad and all too common tale…

If you will, fast forward with this writer to the death notification…  Two weeks after the official notification, the Rogers received a second visit, this time from the newly appointed police chief, Margaret Ackley.  Ackley related that one of her officers had taken cell phone pictures of her dead son and texted them to several people!  Josh’s mother, Nancy, was incredulous, saying, “It was like I was hearing her, but I really wasn’t.” Robert, Josh’s father, was steadfast in his belief that “although Joshua had a demon (heroin addiction,) he deserved more respect than what he got.”  [LJ- Indeed!]

Captain Ackley promised to take swift action and fired officer Jeffrey Nichols on July 13, 2009.  To add insult to injury, the Rogers learned on Joshua’s birthday that the State Board of Mediation and Arbitration actually re-instated Nichols, as they deemed the firing “too extreme.”    Officer Nichols language in context appears to Ladyjustice to be flippant – “This is my dead body of the day,” as if it is a source of amusement followed by the comment, “This is what happens when you overdose.”  How could Officer Nichols have thought that such an action would not be extremely hurtful and punishing to all concerned?

The Rogers were stunned beyond comprehension with the police officer’s reinstatement and wondered how the Board members would feel if the roles were reversed.

The real issue for Joshua’s grieving parents was respect, or lack thereof… regardless of the circumstances of his death.  They felt that the drug usage had unduly influenced the Board’s decision.  Subsequently, they filed a lawsuit against the City of New London (assisted by experts from http://sideeffectsofxarelto.org/xarelto-lawsuits/) for invasion of privacy and negligent infliction of emotional distress.

Nancy Rogers regrets her final interaction with her son, but she takes comfort in the fact that Josh was so committed to his military training and, in fact, loved basic training.  The deepest pain experienced by this family was that the dignity of Josh’s final hours was taken away.  Their goal was to retrieve that respect and dignity in a small but significant way, legislatively, such that others would not suffer the same fate.  Specifically, they sought to obtain assistance in crafting a law preventing emergency officials from using their personal cell phones to take photos of a crime scene or accident and then transmitting them to private individuals.  Two years later, the Connecticut legislature paved the way for the eventual Public Act 11-47:  This bill had 27 co-sponsors and took effect October 1, 2011.

AN ACT CONCERNING THE UNAUTHORIZED TAKING OR TRANSMISSION BY FIRST RESPONDERS OF IMAGES OF CRIME OR ACCIDENT VICTIMS.

Be it enacted by the Senate and House of Representatives in General Assembly convened:

Michele Cruz, State Victim Advocate for the Office of the Victim Advocate supported this bill citing the need for respect and fair treatment throughout the criminal justice process.   She urged the legislators to consider the definition of “first responder” to include “all who presumptively may show up at the scene and render assistance.”

Joshua would have been proud… As for Officer Jeffrey Nichols, at least he can no longer “get his kicks “from the misfortune of others in the same way.  Shame on you Jeff Nichols!

[Ladyjustice believes that this may be one of the very few states to enact such legislation and not to be confused with “Joshua’s Law “in the State of Georgia concerning driver’s education requirements.]