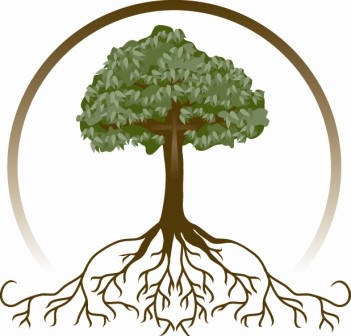 Ladyjustice refers to those cool things that stick in your mind about your family member that permeates your memory when you think of them….    One recent sleepless night this blogger conjured up the following list. In fact, one or two might be significant enough for a 1950’s style newspaper headline.  So, if the reader will indulge LJ.

LJ’s sister, “the middle child” is very artsy crafty.  Her examples of needlework and Christmas ornaments abound.   So, when it came to putting together a virtual tapestry of Ladyjustice’s life for an important California presentation, her sister was the one to run the show, spending many hours in its construction.  This “tapestry work of art exhibit” has yet to be revealed by LJ and Imagine Publicity (Maybe when we get around to it one of these days…)

LJ’s brother, “the only boy in a sea of girls” was the little hero, as told to LJ when he was less than two years old.    Ladyjustice had returned home from school one afternoon and went to her room to change into her play clothes.  (At this stage,  little Ladyjustice” was 5 years older than “little brother”, and into the full regime of orthopedic surgeries, vocal cord surgeries , physical therapy etc.)

On that afternoon, little LJ attempted to undress and caught her slip on the metal trachea piece inserted into her throat allowing her to breathe.  Ladyjustice struggled and could not remove her clothing, nor could she talk or breathe. With her mother in another room for a few minutes,  “little brother” observed the struggle and distress , running into the other room and attempted to alert Mom , thus saving LJ from a serious consequence!

LJ’s sister once lived in a historic house in Suffield, CT ,built in 1723 that was in part a tavern where George Washington drank or slept.  Cool!  It also included a “round wall” in the living room… As a surprise gift,  Ladyjustice meticulously researched the history of the house at the local library, located funny little anecdotes of the time , wrote a cohesive narrative, had it written by a calligrapher, obtained copies of the  original black and white photos and had it framed.  Ladyjustice loved that gift and  wonders where  her “masterpiece of creativity” is after all these years, Holly?  (Last time she checked, it was hung in her sister’s basement…. )

So much for Cool Little Things!

‘See you around the Ranch!