Three Petersons in a Pod 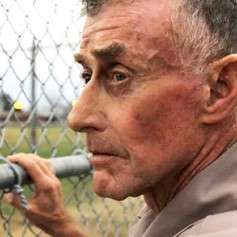 Who could have foreseen that there would be three men named Peterson who would fit the profile of a sociopathic murderer all in the same decade?

Such men have their own agenda, but are skilled at “playing the game of life”, while in their heads, the true person is revealed only unto themselves.  As Sandra L. Brown of the Institute for Relational Harm Reduction & Public Psychopathy Education would say of such men; “They are charming, charismatic, glib.”

They went about their murders in a different way, but they were basically cut from the same cloth and seductive men who also embody some of the most dangerous human qualities: a breathtaking callousness, shallowness of emotion and the fundamental incapacity to love. To such men, other people, including their own family members, friends and lovers, are mere objects or pawns to be used for their own gratification and sometimes quite literally discarded when no longer useful or exciting. In other words, these men are psychopaths.

Scott, of Modesto California, did not succeed at much in life.  His passions were girlfriends and golf.  Somewhere along the way, he charmed Laci into thinking that he also wanted the picket fence, the family life and a nice home.  However, no one discovered that he was too narcissistic, too immature to “settle” for one women and marriage …until it was too late.

On December 24, 2002, while eight months pregnant with his child, Scott, reported her missing. It was at this time that he

began contriving his web of lies…  There were many stories told regarding the last day Laci was seen alive.  Scott went fishing, played golf etc.  He actually, was creating another personality – that of a “widower whose wife had passed away”- a performance for his unknowing new girlfriend, Amber Frey.  Amber put two and two together and knew that the information she had did not add up.  His web of lies began to unravel – He was in Paris when he was really at a candlelight vigil for his wife, “barely participating.”  He tried to explain selling his wife’s vehicle immediately and tried selling his house.  His non-participation was noted by all.  After he was initially arrested and released, he attempted to make a break for Mexico, aided by money from his parents. He even changed his appearance.

On April 14, 2003 the body of a baby boy was recovered from San Francisco Bay north of the Berkeley Marina.  Shortly after, Laci’s torso also washed ashore.  It was theorized that Scott killed her in his boat or the area of the Marina and weighed her body down with a cement weight.  The only tangible piece of physical evidence was a singe hair of Laci’s found in a pair of pliers. However the amount of circumstantial evidence collected over time was overwhelming!  The jury would later say that they based their guilty verdict on “hundreds of small pieces of circumstantial evidence that was akin to putting together a jigsaw puzzle.” On November 12th2004, the jury convicted Peterson of first degree murder with special circumstances for murdering Laci and second degree murder for the murder of his unborn child.  He was also given the death penalty for failure to protect his family.  Scott became a resident of San Quentin State Prison on March 17, 2005. His case is on automatic appeal with the Supreme Court of California.

For a look at this case from the perspective of a crime victim, Laci’s mother, Ladyjustice highly recommends the book by Sharon Rocha entitled, “For Laci: A Mother’s Story of Love, Loss and Justice.

Michael Peterson of Durham, North Carolina is another fraud who mascaraed as an author, loving husband, father to a blended family and community activist. In truth, he lived off of his wife’s money, was the author of a book in which he inaccurately portrayed himself as a Vietnam  war hero and led a “secret life” of sexual perversion as a frequenter of male escorts…and most probably  was bi-sexual his entire life.  In fact, Michael bragged that he had a “perfect open marriage.” And, isn’t coincidence a funny thing?  Michael Peterson also had a very good female friend in Germany when he was married to his first wife, who
happened to fall down a staircase to her death as well….

On December 9, 2001, Michael called 911 to report that his wife had fallen down the stairs after returning from poolside, having

drunk wine and taking Valium. As the only other person in the house at the time of death, Michael was charged with murder. His wife Kathleen sustained injuries to her neck, the back of her head via blows by a blunt object and experienced much blood loss.

While the Peterson defense team claimed it “was a terrible accident” and that Peterson’s bi-sexuality was known to his wife, the prosecution thought otherwise.  Kathleen was a genteel Sothern lady, as was Assistant District Attorney, Freda Black.  Ms. Black surmised that Kathleen discovered the pornographic photos on Peterson’s computer and confronted him.

“She would have been infuriated by learning that her husband, who she truly loved, was bi-sexual and having an extramarital relationship – not with another woman – but a man, which would have been humiliating and embarrassing to her. We believe that once she learned this information that an argument ensued and a homicide occurred” —Assistant District Attorney, Freda Black

The defense, headed by David Rudolph was the lengthiest and probably the most expensive in North Carolina history.  There were jury researchers, sample jury panels, the exhumation of Elizabeth Ratliff’s body in Texas (Peterson’s daughter’s biol

ogical mother) travel to and from Germany and Texas, a second autopsy, the consultative services of Dr. Henry Lee, forensic scientist and blood spatter expert on more than one occasion, much searching for the blunt object murder weapon said to be a fireplace “blow poke”, located at the 11th hour of the trial filled with cobwebs… etc., etc.

In fact, a riveting docu-drama reviewed previously by Ladyjustice called, “The Staircase,” describes this five star tale for Netflix.  It was created by French filmmaker Jean-Xavier de Lestrade depicting the real lives and death, gripping courtroom scenes and family gatherings following the aftermath of chronicling the case of author Michael Peterson, who was convicted in 2003 for the murder of his second wife Kathleen. The portrayal of this real life occurrence is done over a period of several months from several points of view and condensed into six hours of viewing. It is an intimate, unprecedented view of family relationships, raw emotion, secrets, legal strategies, expert consultations, courtroom drama and even international intrigue tying a previous accidental killing of the same type to this defendant. It engages the viewer from the start with its storytelling abilities, cast of characters, timeline and musical offerings. I purchased this film and have viewed it about three times. With each viewing one gathers more insight into their version of events. LJ is discomforted with the findings of the two renowned forensic experts from Connecticut. However, as a biased homicide survivor, for all of its good qualities, this blogger thinks the film “bends over backwards” to represent Michael Peterson as the perfect husband with the perfect marriage. In reality, his life and marriage was far from it was far from it. This film omits physical evidence that offers further proof of his guilt. This family did survive the adopted, blended, divorced, inter-continental forces that would go against the making of a strong, but non-traditional family. The viewer does have empathy for many of those involved. In the beginning and in the end of the film, Michael Peterson comes off as a self-absorbed pathetic figure.

Elizabeth Ratliff’s evidence was admissible on the basis that Peterson used it to fake Kathleen’s death.  On October 10, 2003, Michael Peterson was convicted of murder and sentenced to life without the possibility of parole. Parole was denied even though premeditation is a prerequisite, as the jury felt that a “spur of the moment crime” could also be premeditated in seconds, minutes, hours or days… Appeals based on “judicial mistakes” were turned down.

As of late 2009, another theory surfaced that some thought credible, concerning the possibility of an attack by an owl as indicated by scalp wounds and debris in her hands and hair. No motion for a new trial was filed at the time.  As of August 2010, Duane Deaver, a State Bureau of Investigations Agent, whose work was found to be highly suspect, gave rise to David Rudolph filing another motion, pro bono.    Diane Fanning’s WRITTEN IN BLOOD, 2006 Edgar Award Nominee for Best Fact Crime, is the premier book on the Michael Peterson murder case..

A cop who also murders sends chills down our spine.  Just the thought of it is not something we are used to processing.  When we see and hear the familiar protect and serve” this is not the notion our mind conjures up. And yet, it is more common than we realize.  According to Purple Berets, an Advocacy group in Southern California for domestic violence prevention grass roots organization whose focuses include police as batterers state that: (http://www.purpleberets.org/about.html)

As for Drew Peterson, according to the Chicago Tribune, his third wife died mysteriously and his fourth also vanished.  Peterson, 55 was arrested in May 2009, after an indictment for murder was obtained in the murder of his 3rd wife Kathleen Savio. She was found with a gash on the back of her scalp and appeared to have “drowned in an empty bathtub.” Peterson’s 23 year old 4th wife, Stacey disappeared in October 2007, which was the impetus for the re-investigation of Kathleen Savio. A second autopsy reaved that her death was not an accident.  As of his arrest, he faces two counts of murder for Savio and was being held in lieu of $20 Million bail. According to an Illinois State Police Captain, have since accumulated 1,100 leads in the disappearance of Kathleen.

As of May 2011, reported by the Shorewood Patch, no progress had been made in the case of missing fourth wife, Stacey. At a

hearing in April 2011 to determine which testimony considered hearsay could be used, 13 statements were deemed usable from 70 witnesses. The State’s Attorney appealed the ruling which apparently is still pending.

All the while, Peterson laughs and jokes, mugs for the cameras, and reportedly previously engaged in “dating contests, and Nevada brothels” prior to his arrest.

For the other side of the story that the media doesn’t address, there is not a more informed advocate on the activities of Drew Petersen than Susan Murphy Milano.

He is described as a covert monster and narcissist, a womanizer, kept his children in line just like the military.  He even dated Stacey on the birthday of his wife Kathleen.

[Ladyjustice-Sounds like Scott Peterson when he attended a Christmas party with Amber Frey as his wife waited at home!]

Please view this video done by Susan for A & E, as it is the epitome of intimate partner violence…..   http://www.youtube.com/watch?v=junlgP3PfMU.

What can be said in the final analysis of all of these three “peas in a pod?”  They have so much in common.  They are evil and have no respect for life, other than their own lives.  They have pathological brains and no hearts….  If my last name was Peterson I’d change it in a New York minute!