A Plea to Stop Using Craig’sList in Favor of SafeList

In the aftermath of Donna Jou’s disapperance and possible murder, another example of the predatory behavior of Craig’s List  looms large…..  (See Garrett Berki story below)

Reza Jou found a solution to the lack of security  problem that contributed to the  in the form of a blog posting from abusinessman named Karim Pirani, the president and founder of SafeList.com, a website

that requires users to submit to questions to confirm who they are before gaining access to the site’s core features.

Pirani came up with the idea not because of a personal tragedy but because he saw a market disconnect with sites like craigslist.org.

“If you see a must-have item on eBay, what do you do?” Pirani asked rhetorically. “You look up the seller’s ratings, you then can buy through PayPal, which gives you a certain amount of protection. Craigslist has no PayPal, so a transaction is like Russian roulette. People are nonchalant where they should be vigiliant.”

To become a verified user of SafeList, individuals must submit themselves to a series of questions based on their personal life history that the system pulls from a comprehensive public database. They must correctly answer these questions within 240 seconds.

In addition, failure to respond correctly will keep the person at the basic user level, and SafeList will also report any convicted felon or sexual predator that attempts to register on the website to law enforcement.

***Currently, SafeList is available only in San Diego, but other West Coast cities are expected to be added in 2011.

About SafeList Ventures
SafeList Ventures, Inc. a privately held start-up, is working to make online classified advertising safer and more secure. The SafeList.com portal provides a “one click” ID verification and criminal background check, allowing members of its community, both individuals and merchants, to interact within a safer online marketplace. To learn more about the company, please visit its website at www.safelist.com. 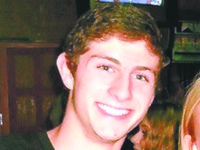 An 18-year-old Mission Beach man was shot and killed and three 17-year-old boys were arrested Wednesday night in Paradise Hills after a Craigslist deal turned into a robbery, San Diego police said. Family and friends identified the victim as Garrett Berki, a 2010 La Jolla High School graduate who was attending Mesa College.

Three teenager charged in the shooting death of Garrett Burki stood in court during their arraignment. The judge ordered not to show their faces.

SAN DIEGO — Three San Diego teenagers accused in the death of an 18-year-old man who was robbed and shot after he responded to a Craigslist ad for a $600 computer pleaded not guilty Friday to murder and other felony charges.

Rashon Abernathy, Seandell Jones and Shaquille Jordan, all 17, also face counts of robbery and shooting into an occupied vehicle, as well as gun and gang allegations. They have been charged as adults.

If convicted, they each face a potential prison sentence of 50 years to life.

Dressed in orange Juvenile Hall-issued clothing, the three teens stood together Friday in front of a San Diego Superior Court judge to answer to the charges. One looked down at the floor as attorneys asked for appropriate bail amounts, given the seriousness of the case and available information about the boys, such as their criminal histories, if any.

Defense attorney Kevin Milmoe had asked that bail be set at $1 million each, adding that two of the boys — Abernathy and Jordan — did not have criminal records. A prosecutor asked for $2 million bail.

The teens are accused in the Wednesday night shooting of Garrett Berki of Mission Beach. Berki was a 2010 La Jolla High School graduate and was attending Mesa College.

San Diego police said Berki went with his girlfriend to Casey Street off Alta View Drive in Paradise Hills shortly before 10:30 p.m. to buy an item that was advertised for sale on the Craigslist website. Deputy District Attorney Kristian Trocha told the judge the item was a computer.

The couple met three teens who pretended to be sellers, and one of the three produced a handgun.

The robbers took cash and cellphones from the couple and drove away in a green Honda Accord. Berki and his girlfriend followed the Honda to try to get its license plate number.

Authorities said the Honda driver, identified as Jones, pulled onto Artemia Way, a cul-de-sac, and turned the car around. Berki then tried to “box in” the Honda but was unsuccessful.

As the Honda passed the couple’s car, someone inside the suspect vehicle fired a single shot, hitting Berki in the chest. The driver of the Honda kept going, jumped a curb about two blocks away and crashed at the end of Fleming Drive.

The driver and passengers got out and ran.

Officers found three suspects minutes later, hiding in backyards about a block away.

Trocha said Abernathy is believed to be the shooter. Investigators recovered a computer and an expended .45-caliber shell casing.

The prosecutor said all three defendants are members or affiliates of a southeastern San Diego gang. Only only one of them has been documented as such by police.

Mothers of two of the teens said after the hearing that they were sorry for Berki and his family but stressed that their sons did not fire the fatal shot.

Patricia Dykes said police told her that her son, Shaquille Jordan, was in the car Wednesday night when the robbery occurred.

Both she and Shearese Johnson, mother of Seandell Jones, described their sons as good students who were poised to graduate this year from local charter schools.

“I just want my son back safely with me,” Johnson said.About 100 people gathered Thursday night at a vigil for Berki at Mission Beach, including his father, mother and sister. Berki has four siblings.