Silver Alert – Where is Grandma?

(Life as a Former Speech Pathologist)

This blogger had the pleasure and considerable challenge to work with many persons considered “elder” when I was a former clinical speech-language pathologist, specializing in stroke/CVA, dementia, and dysphagia (swallowing disorders) after their fragile or overtaxed neurologic systems, heredity or a lifetime of bad habits created such medical problems.  Some patients had difficulty processing spoken language, reading or writing. Others struggled to speak or could not find the words.  Some spoke a language all of their own which was not recognizable.  Many patients had mild to severe memory impairments, or could not solve problems or organize a task.

One of the most common problems following the occurrence of a stroke may leave a person with the temporary or permanent inability to manage their foods or drinks or to swallow safely.  This necessitated a skilled assessment of what they could do, how they could compensate such that the food or drink did not “go down the wrong pipe,” get stuck elsewhere along the way or end up in their lungs, causing aspiration pneumonia, a potentially life threatening problem.

No one Ladyjustice ever worked with looked forward to having “a thickening powder in their liquids to help control the rate/path while drinking or eat mushy food.   Nor did anyone ever ask to be filmed by radiologists as we watched the patient eat and drink using special x-ray procedures.  This blogger observed many, many grandmas and grandpas eating their breakfasts, lunches and dinners over several years’ time.

Working with children or my peer group was fine.  However, no group was as fascinating as the elderly.  At one job site in which a highly specialized full service SLP department was created, patients were seen at a huge complex affiliated with the Masons- Masonic Home.   Many of these patients were over 100 years old!  (What is it about those Masons and their incredible longevity, anyway??)

Among the people seen for evaluation and treatment in 20 to 25 years, they were comprised of all shapes and sizes, all cultural, ethnic and racial groups and personalities.  Not all elders are sweet by nature.  However, Ladyjustice was usually able to “use her charm and good looks,” humor or disability history in order to persuade Grandma to do “whatever.”

Exception– Rehabilitation therapists can seldom, if ever, compete with their favorite soap opera, the hairdresser or toileting needs…

There is a sense of history, a different perspective, a strong work ethic, sacrifice and many, many stories to tell when you take the tome to sit down and listen to an elderly person.  (And yes, you may have heard the story before… but who cares when they are getting enjoyment from telling it?)

There is so much to learn from our elders?  Why does society not respect them as a group?

But, what if suddenly, Grandma or Grandpa was gone?

If grandma or grandpa wanders away from her home, or skilled nursing facility, even under the best circumstances and best

staffing levels, the usual safety net has been penetrated/broken/escaped from…

Or, consider Grandpa decides to take a road trip, gets behind the wheel, forgets where he is going and doesn’t return…

According to an 2011 National Alzheimer’s Association report,

1) Alzheimer’s Disease is the … 6th leading cause of death in the U.S.;

2) It is the only disease in the top 10 “killers” with no way to prevent, cure or even slow its progression;

5) On average, 40% of a person’s experience with Alzheimer’s is spent in the most severe stage ….. longer than any of stage;

7) Unless something is done, the cost to Americans for this disease will total $1.1 trillion by 2050 (today’s dollars);

8) In the U.S. 5.4 million people are living with Alzheimer’s disease;

9) Someone is diagnosed with the disease every 69 seconds;

11) The amount of unpaid caretaking provided by family members and friends in 2011 will = 17 billion work hours and $202.6 billion in “lost wages”

When comparing four key states such as Connecticut, California, Florida and Texas, it can be noted that there is a range of projected increases from years 2010 to 2025 from 9 to 74% by 2050.  The states of California, Florida and Texas, are projected to have the highest increases of 50%, 64% and 74% respectively, perhaps due to migration of elders to warm weather states.

With Cognitive Impairments (All Levels)     Alzheimer’s in 2007

Silver Alert is an outgrowth of the Amber Alert system and is a public notification system in the U. S. designed to broadcast information about seniors with Alzheimer’s, other dementias, mental illness and developmental disabilities (Depending upon the State).

In 2005, the Silver Alert system was introduced at the State level by Representative Fred Perry of Tulsa, Oklahoma, in which “Amber Alert for Seniors” became “Silver Alert”.  In March 2006, through a series of legislative initiatives, Silver Alerts were added to the statewide alerts by law enforcement and media outlets. It was signed into law by Governor Brad Henry in April, 2009.

Use of public notification systems to locate seniors intensified as a result of the disappearance of Mattie Moore, a 68 year old woman with Alzheimer’s disease.  Sadly, she was found 8 months later.  Her body was discovered just 500 yards from her home.  The city of Atlanta enacted a program called “Mattie’s Call” – coordinating emergency management initiatives, law enforcement and broadcasters to disseminate urgent bulletins.

Another example of the earliest pursuits of the Silver Alert system was in the State of Florida.  Mary Zelter was an 86 year old woman from Largo who drove off from her assisted living facility never to return.  Her body was located in the intercostal waterway near a Clearwater boat ramp.  Her car was found submerged.  This event spearheaded the creation of a Silver Alert pilot program in Pinellas County and an eventual statewide program.

Federal legislation was introduced by Representative Lloyd Doggett in May 2008.  This bill’s purpose was to integrate and enhance existing Silver Alert systems and encourage others.  Other efforts were attempted by legislators in North Carolina and Florida.  Finally, a comprehensive bill passed in September 2008 in the House of Representatives on a “voice vote.”  However, Congress adjourned prior to a vote in the Senate.

The next bill known as the “National Silver Alert Act” was re-introduced by Congress as H. R. 632 on February 11, 2009. According to silveralert.org, the prevalence of Silver Alert programs nationwide number 32 from Alabama to West Virginia.  The inclusiveness of “at risk” populations, administrators, age requirements and specific legislation can be viewed at: http://nationalsilveralert.org. 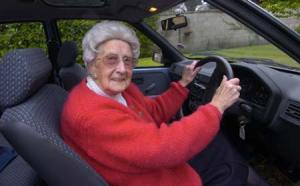 The National Silver Haired Congress is the watchdog for this issue…

NSHC is an independent national grassroots organization assisting American seniors whose mission it is to improve their independence and quality of life through education and advocacy.

The 14th Annual Session of the “Silver Haired…” met in Alexandria Virginia on February 10-15, 2011.  The meeting agenda was to identify and prioritize the top five issues concerning elder Americans.

Their  #1 priority was implementation of a National Silver Alert Notification Network for Missing Elderly Citizens.   This organization assisted in filing bill HR 112 in the House of Representatives.  However, it lacks a sponsor as a companion bill in the Senate.

At the meeting, Bob Blancato, Advisory Council Chair noted the three top priorities “according to the polls,” are jobs, health care and the deficit.  He stated there are no sacred cows concerning spending cuts.  So, dear bloggers, Silver Alert appears to be on the back burner.

(Estimates by the Congressional Budget Office state that a nationwide implementation of Silver Alert would cost $59 million over a 5 year period.

Other estimates are lower as the infrastructure is already in place due to Amber Alert systems.

Sources cited on Wikipedia.org claim that supporters of Silver Alert illustrate19 states in which many missing seniors go missing in one state and are successfully located in another state.  (Refer to:

As Silver Alert programs vary from state to State and city to city, currently there are no national statistics regarding retrieval rates.

The State of Texas has created an Amber Alert, Silver Alert and Blue Alert (issued to locate a perpetrator when a law enforcement officer is killed or injured).  Too many alerts have the potential to make the system ineffective, saturated and thus ignored.  Such was the case with the veto by New York Governor Pataki in 2003 for fear of overshadowing the Amber Alert.

Sample of Blogger Comments by Florida Drivers re Silver Alert

I applaud the Silver Alert!! As far as Amy’s post about Grandma getting lost. All people with dementia are different. You were lucky your Grandma agreed so easily. That’s not always the case. The police can’t help because the person has not done anything wrong. The doctors can only suggest to the patient not to drive. Sometimes the family tries to do the right thing and the person with dementia does not go along at all!! When you’re dealing with this type of dementia it takes a long time to get things done. No one can force a dementia patient to do anything. All you can do is try to keep them as safe as possible and keep other people safe from them. I just got through dealing with this issue and it was awful, trying to take the car and move my mom close to me so I could look after her. So please, don’t just assume the family is not doing anything!!! And, Yes some people do just let them drive because it is so hard to fight this fight!!!

I see Silver Alerts on almost a daily basis now. I feel that if there’s been alert because grandma got lost because she’s got dementia and is driving then that’s the families’ responsibility. Grandma should immediately lose her driver’s license upon a diagnosis of dementia and the families should be charged the expense of the alert. Yes it’s taking away the older person’s freedom to drive but it’s a safety issue. We had to take away my grandmother’s car because we knew it wasn’t safe for her to drive anymore. Sure the family had to drive her to appointments, etc but that’s what families are supposed to do.

Kay I don’t necessarily agree with Sea Cat’s attitude, but this decision *is* potentially a serious problem. I see silver alerts so often that I no longer notice the highway signs advertising them. I suspect that when an amber alert shows up I may not notice the difference and ignore that as well. The system was designed protect children who have been abducted and are in severe and immediate danger – diluting the system to cover elderly persons who may or may not be lost but are not necessarily in trouble seems to me to be a potentially serious problem. The system is only effective if it provokes an immediate response from drivers and other members of the public. Every time some grandma goes for a walk and a silver alert goes up, the likelihood that the next abducted child will be spotted by people alerted through this system is reduced. In my opinion, that’s unacceptable.

A March 17, 2011 AARP article reported that the rescue efforts after the recent tsunami are being described as a disaster of epic proportions.  Currently about 23% of Japan’s 127 million people are age 65 or older (which is twice the proportion in the U.S.)

Rural towns in decline for years have been flattened with a count of 5,300 dead as of one week’s time. Makeshift hospitals in gyms without medicine or toilets are trying to provide basic comfort measures.

“It’s freezing. There are people who are sick and injured.  “Sharing a common fate, one survivor said, “If everyone’s got nothing, everyone’s got the same. There’s a comfort we get from each other. It’s simple. We’ve all got nothing.  Not half…or some…Nothing.”

GPS tracking systems worn on the wrist are becoming an option for the missing elderly in addition to Lifeline for at home use.  The National Silver Alert.org offers bracelets and pendants for $24.95 each, including shipping, handling and one year monitoring with free on-line registration.