Crime can appear to be fiction. It is portrayed so often on TV as an entertainment form that “the untouched populous” become immune to it and the line separating reality and make believe is blurred at best…

The actual occurrence of a criminal act upon a person otherwise oblivious to this reality can seem like fiction- totally unreal and dream-like when it is fact.

If crime and violence has indeed become part of the fabric of our lives, how well do moviemakers do when depicting crime on the big screen?  No matter the era, there are fine examples of movies that make a statement, provoke thought and discussion, engage the viewer as well as movies that move us to tears…. or to action.

Crime is a serious matter and those of us who represent survivors and victims alike, are not so comfortable having our lives turned into an “art form”.  I cringe at the thought of Murder Mysteries presented at dinner theaters “just for entertainment sake.”  However, we cannot get away from it.  We are powerless to stop it.  Crime is a big money maker in Hollywood and elsewhere.   So, I personally am resigned to its presence and am constantly looking for the best vehicles in order to educate others… versus the sensational trash that is out there too.  This is my way of compensating for what our society has become.

In that spirit, here is a sampling of some of this blogger’s favorite movies representing crime in one form or another via written review by this author.

Stay tuned for more… and reach for the popcorn. 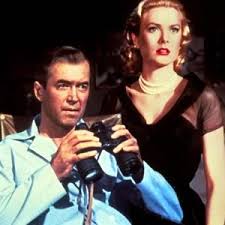 “Rear Window” is one of my all time favorites. The acting, photography and conceptualization of the movie and its layers of relationships are the best! Imagine all of those windows tell their own complex stories among the backdrop of the 1950’s.   In addition to the stellar performances of Grace Kelly and Jimmy Stewart, the humor and “every woman” personality of Thelma Ritter, the “insurance nurse” is just wonderful.

If you are too young to have enjoyed this one, Jimmy Stewart plays a traveling photographer in the trenches throughout his career that is suddenly laid up and confined to a wheelchair with a broken leg.

His girlfriend, played by the beautiful Grace Kelly, is “high society to the max.”  Stewart’s character has nothing better to do but stare out the window at his neighbors all day.  Inadvertently, he “puts the pieces together,” (Not unlike our own Susan Murphy Milano and her detective buddies) to solve a very unlikely and public murder.  Soon others begin to believe as well… but where is the evidence???

We get the opportunity to peer into the lives of Ms. Lonely-hearts, Ms. Torso etc, as well as the arrogant murderer, Thorwald, skillfully played by Raymond Burr of Perry Mason and Ironside fame.

This one must be part of your collection! 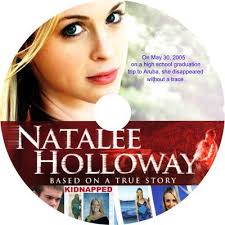 As a fellow homicide survivor, I was naturally very interested in this topic and how accurate the film would be to actual events known. In fact I viewed it twice. Over the years, I have known many people and families like Beth Holloway. This type of event shakes you to the core and either destroys or makes families stronger and hopefully closer.

As this movie is an overview of facts as told from a mother’s perspective, it should be viewed in this light. Given that so much is left assumed but unproven; the filmmakers did a laudable job with this piece. It is important that viewers listen to the commentary re her message and purpose in doing the film. This gives it more credibility and… perhaps, someone, somewhere, someday may come forward with information which will convict Jorhan.

A mother’s love knows no bounds. She gathers strength… and has to live with the fact that ultimately, no matter how smart academically, how much promise she had, she was another young women having fun that used bad judgment and was unprepared for a culture and environment different from her own. DRG 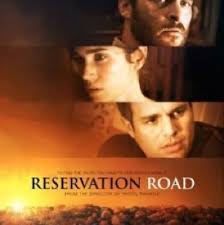 As a homicide survivor from the same geographic area, this film was fascinating in its unique inclusion of the perpetrator’s view of events and how his cowardly deed impacted his life and others. I could truly relate to the grieving parent’s unrelenting torment and feeling that “the police are doing nothing.” However, to inadvertently entwine yourself with the killer of your son by picking the perpetrator’s law firm…How bizarre… The Director wondered if the grief is somehow different in a wealthy, elitist family versus those in the poor inner city. Grief is grief. However, I think that wealthy families are far more insulated and become complacent…and they are truly unprepared emotionally. The acting, scenes chosen and storyline were convincing. The viewer does need to imagine how and if final justice plays out, as the story only suggests. Ladyjustice

Topic- Sexual Abuse in the Church

“Our Fathers” is an intelligently written and acted production. Christopher Plummer, Ted Danson and others do the controversial story proud. The focus remains on the victim’s rights, their search for justice and the utter failings of the church, in particular Bernard Law, who turned a blind eye to rampant abuse over time.

It does not exploit, it tries to explain the complex forces at work. It’s amazing that the Catholic church survived this at all… Blind faith in religious leaders, political power and money do not speak well for any religion. Four stars!  Ladyjustice

Compulsion is a classic portrayal of too much money, too bored and no respect for human life. A weak tormented man is the puppet for the insane murder of an innocent child, what we would term ‘a thrill kill” these days. Bradford Dillman plays the insane and manipulative friend. Orson Wells is the everyman lawyer as he bravely tries to defend the lives of these twisted two. Quite a commentary on the shallow lives of those who have everything, but in reality is severely deprived morally. DRG

This British movie was a very engrossing story. Although it is ultimately about solving a horrific traffic accident with multiple fatalities, it is also about the personal lives of all of the players… Oh what a tangled web we weave…

These people have secrets and that’s what makes it all the more intriguing! And…. the ending is a real shocker (i.e. the true cause of the accident). There is an adversarial relationship between the two main investigators at first. However, differences are ironed out and it turns to something else. The acting and storyline is first rate.                         I watched it twice! DRG

The original “Airport” movie is a classic, very entertaining and a heart wrenching movie. The line up of actors is excellent with seven different story lines on-going. The musical score truly enhances the action. All of the actors do a wonderful job of portraying their roles. However a couple stands out for me… Helen Hayes is superb as the stowaway. Maureen Stapleton is also stellar in her performance as the spouse of D. O. Guererro, the ne’er do well bomber. Forget the fact that smoking is no longer allowed on planes and that a family station wagon doubling as the airport manager’s car in the storm would most likely be replaced by an SUV today. It is a classic story with characters one can relate to.

Although unlikely, and not quite up to standard with the original, I also enjoyed “Airport 75” with Karen Black as the stewardess who drives the plane to safety until a pilot can be air-dropped in. Enjoy these two films. They don’t make them any more. DRG

Not Without My Daughter

Greetings! This film is uncomfortable to watch. It stirs emotions… The viewer sees the injustice of the situation, Betty’s naiveté and how a housewife from Michigan was totally unprepared for Iran. The controlling domestic violence is familiar but Betty is smart enough to “play the game” to ensure her safety and that of her daughter’s after her husband’s lessons on “how it’s going to be.” You root for her throughout the movie and despise what is going on. If not for a truly good Samaritan with connections, all would have been lost. Acting, photography and direction were excellent!  DRG

Greetings! This is a four star movie in my view! The only quarrel I have with its authenticity is that Meredith Baxter is a bit too attractive. The real BB was attractively dressed and “hair styled”. However, she was overweight and not a raving beauty.

Listen to the commentary. It was meticulously researched. The movie accurately portrays both spouses as money hungry, materialistic and shallow. Stephen Collins does fine as the wheeler-dealer lawyer who is emotionally immature. However, he bends over backwards to be understanding toward his wife, even when confronted with constant harassment, stalking, destruction of property and ‘poisoning the minds” of the children. No he’s not a saint, but….

The movie builds to a point of utter disgust as his wife’s behavior becomes ever more outrageous….and her lack of responsibility and remorse simply unbelievable! Watch out friends, the real BB is up for parole in March of 2010. I wouldn’t trust her for a minute!  DRG 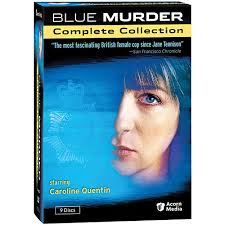 Caroline Quentin is wonderful as Inspector Lewis, trying to manage a rowdy group of detectives and four children as a single mother. This series has her experiencing more personal crisis with the children acting out as the ex-husband is supposedly residing in Spain. Therefore, she makes more of an effort to be less of a 24/7 cop.

She has her colleague and best buddy Richard substituting as a male role model when needed. The episodes are interesting with one subplot being the consideration of a new job. Another story has Richard going under cover in prison with a near fatal result. These stories are truly good viewing. The one minus is the strong dialect in which American audiences might miss a few lines here and there.      I hope there is a Set 5 to come. DRG

The third set of shows for Blue Murder I rate highly. Caroline Quentin & Ian Kelsey continue their playful banter throughout. The murders are engrossing stories. The second episode even includes a brief love interest for Jenine, but alas, it is not to be in the end. The home environment is still chaotic and the children are missing their father. Meanwhile, he is struggling with an infant and a post depressive wife. Instead of saying “I told you so…” Jenine has class and offers tea and sympathy. The only downside is the strong dialects. You have to press the rewind at times to catch certain phrases. I wish there were more episodes! DRG

The Times of Harvey Milk

The Times of Harvey Milk- A five star rating! This is extremely well done and different than the Sean Penn movie. Interviews and film clips enhance the feeling of the time.

I learned more about the circumstances such as Dan White’s lack of reappointment may have been influenced by the mass suicide from many followers of Jim Jones; the day after Harvey’s killing was his birthday, the legal concept of diminished mental capacity vs. diminished actuality;

White’s sneaking in the window of the courthouse on the fatal day and…. how the airing of his confession backfired. As the filmmakers said, the trial could have been a movie in and of itself. Don’t miss this or the accompanying audio commentary!