Vulnerabilities: Dealing with the Pain, the Aftermath 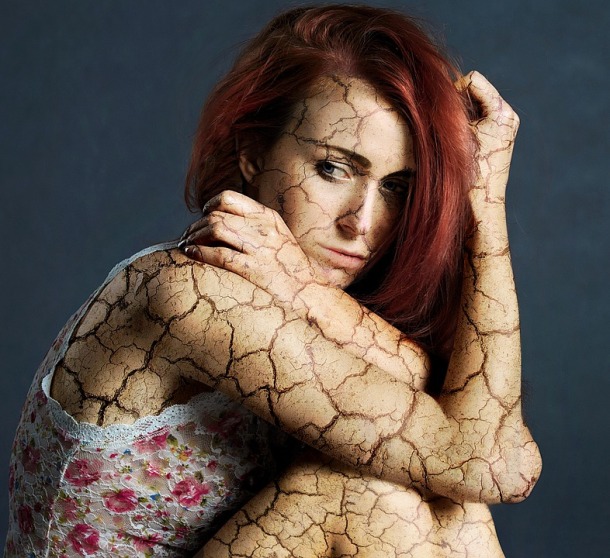 It is intriguing to me what the “residual effects” are on those who experience violent crime. Whether your case is brand new, going through the judicial process at a snail’s pace; whether you are left hanging and left wondering for years with an unsolved case; if your case has been solved…. Or if, as in my situation, you are many years down the road after “the event,” vulnerabilities pervade and often last a life time.

The circumstances of crime can be as individual and varied as a fingerprint. For every instance in which we achieve a sense of contentment, we can also find an opposing state of discomfort that serves to remind us of the past…

Dr. Elisabeth Kubler- Ross will forever be known as the pioneer who made sense of it all with her five stages of grief model, featured in her 1969 breakthrough book, “On Death &amp; Dying: What the Dying Have to Teach Doctors, Nurses , Clergy and their Families.” Death, Denial, Isolation, Anger, Bargaining Depression and Acceptance seem to capture the rollercoaster-like stages we all felt or feel.

Today, other professionals including social workers, psychologists and grief counselors grapple with our pain.  They listen to our stories, respond to the questions for which there are answers, and “patch us up” as best they can, hoping that we have the fortitude to face the future.

Cognitive therapy focuses on changing behaviors in the here and now. The techniques used, help to change behaviors and feelings. They have been categorized into “schemas” developed by Dr. Jeffrey Young. Reportedly, a schema is a “life trap” preventing us from accomplishing life goals and subsequent happiness.

Among the 18 different schemas, some include: emotional deprivation, mistrust/abuse, dependence/incompetence and self-sacrifice. Vulnerability is one of the common “life traps” defined as, “the sense that the world is a dangerous place; that disaster can happen at any time, and that you will be overwhelmed by the challenges that lie ahead.”

Somehow, vulnerability is put in a far more serious, dark, gloom and doom context rather that the vulnerability we see on TV. You know the one… “I just broke up with my boyfriend and I’m feeling vulnerable.” Perhaps those TV writers need to say heartbroken rather than vulnerable… It certainly sounds scary… “anything can happen”… “overwhelming”.

Let’s be real. We are in fact, reeling, heartbroken and feeling very vulnerable concerning the horrific acts of a deranged gunman against Congresswoman Giffords and the other fine public servants and innocent citizens who lost their lives in Tucson recently. Vulnerability to the max!

I am sickened how this event has served to invade our personal freedoms and tainted all that is good about public service and a sense of community…. Not to mention the criminal acts. Mental illness is no excuse. Don’t even try to make this political or talk about the media frenzy or civility. This was intentional murder!

However, I refuse to live a life “looking over my shoulder”, thus giving power to the perpetrator of my father’s homicide.

Vulnerability, at its most basic level, is like an open wound that never heals. It’s hard to control a small vulnerability, akin to a scratch, let’s say, from becoming a gaping wound. Personally speaking, with nearly 30 years time and a lot of therapy, my gaping wounds have healed, but not totally.

So where do we put the remaining pain and how do we deal with it afterwards? Can we as survivors of homicide or otherwise actually re-adjust to life after homicide? YES WE CAN. But….. those vulnerabilities remain… How do my vulnerabilities translate to my day to day dealings, to my very own “vulnerability schema”?

As a lifelong single woman who just happens to have a physical disability that rarely limits me, due to my superb ability to compensate or “figure out a way,” I feel I am naturally more vulnerable as I “can’t kick an intruder where it hurts” nor can I “run for the hills” quickly. However, I can use a steel crutch as a weapon and well developed upper body strength, if need be…. (I always used to beat the grammar school boys at arm wrestling Ha!)

I can try to always live in a “safe community” (if there is such a place anymore.

As for my crime related vulnerabilities, I always record a new daily message on my answering machine including the date and a couple of details both at home and at work. I do this for two reasons. My main reason for doing so, is to alert others of a clue as to my whereabouts in case of an emergency… or if I went missing. I do this for safety… It would be awhile if they had to discover ‘something not quite right”

My family, for whatever reason, gets together on major holidays only with little communication in between… They have their own families and I do not, except for surrogate family friends. I have accepted this… The second reason for such recordings is my insatiable need for creativity and diversity. I love the creative challenge of devising a new message each and every day.

I never had the opportunity to say goodbye to my father for the final time, as he left from home one evening. Consequently, ever since then, I feel a loss, I feel scared if a family member does not say a formal goodbye at the end of the gathering. I feel cheated and a little panicky. It is one of my vulnerabilities.

My “best work buddy” frequently makes a beeline for the door at the end of the day and does not make a point of saying goodbye to me, as my cubicle is not in her exit path. I don’t like it…. It is my vulnerability showing.

I do a fair amount of driving and always wear my seatbelt, use the sign of the cross as a non- Catholic no less, and silently thank God at times for “keeping me safe” and try to be a safe and considerate driver (with occasional lapses into “road irritation versus rage.” Admittedly, I have an irrational fear of auto fatality or injury.

My father was found shot dead five times to vital organs in his van. Some say it rolled into a house with the motor running for 30 minutes… and house occupants never called the police, after he desperately tried to drive himself to a hospital.

I always lock my car – even in a familiar neighborhood or driveway.

I think this is a holdover from my graduate school days “all by myself” at Kansas State University. Who cares if my sister. Holly makes fun of my behavior…. My vulnerability about crime became more apparent after the following very real case which occurred just one town away from where I reside.

(My heart breaks for Mary Ellen Welsh, who just wanted to have coffee and a visit with her friend, Carol Larese.

(This account was reported by Hartford Courant reporter, By BILL LEUKHARDT on May 29, 2008.)

A convicted sex offender, Leslie Williams, 31 was charged with a March 30 home invasion that left a retired court worker severely wounded and her cancer-stricken friend raped and killed opted in court Wednesday not to have a probable-cause hearing on the evidence used to arrest him.

Williams, released from jail in early March after serving an eight-year term for molesting a child, is being held without bail since his arrest in Watertown on March 30. He was fleeing from police when he lost control of the stolen car, which was owned by one of the victims.

Williams told police he had spent the night sleeping in an unlocked parked car he found in a Woodhaven Drive driveway and picked Larese’s nearby home to break into when he saw Welsh park and walk in.

Court records state that Williams burst into the New Britain home of Carol Larese, 65, seconds after her friend Mary Ellen Welsh, 62, had walked in to have coffee with Larese. Williams, who was on a weekend robbery spree and had spent the night sleeping in an unlocked parked car in a nearby driveway, shot Larese in the head and assaulted then abducted Welsh, court records state.

Carol Larese, 65, told police she had just welcomed her friend Welsh into the home when Williams walked in, said he needed a car and money, and showed the women a black handgun, the newly released document says.

Larese said Williams walked behind her into a far corner of the basement and shot her in the head. Williams told police he thought he had killed her.

But Larese, still conscious, pretended to be dead and told police she could hear Williams attack her friend. Larese waited until she no longer heard anyone in the house, then ran across the street to tell a neighbor to call police. By then, Welsh, her car and Williams were gone.

Welsh’s body was found in a sand pit in the town of Bristol, CT. Welsh, a cancer patient, had been shot, court records state. Police are still seeking the gun used in the crime.

‘Sorry bloggers, it’s just my vulnerabilities surfacing about unlocked cars…. These instances alone may not seem like much, but they are enough to keep me in a “vulnerable state of vigilance” throughout the day.

Whether homicide related, disability related or relationship related, vulnerabilities, to paraphrase Carly Simon, are often, “the only thing making us feel we are alive…. ‘Guess that’s just how much it costs to survive in this world….

When all is said and done, I guess I’ll keep my vulnerabilities. They make me feel real.