History can only be written by the survivors…. 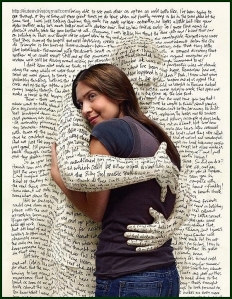 As a homicide survivor, I am privileged to author this initial blog in furtherance of understanding, shared information and some degree of comfort for my fellow members of this fast growing “club.”

In 1981, my father was murdered at age 47 by a career criminal whose  many crime credentials included bank robbery, drug dealer and two time murderer.  Those are the credentials I know of… The details of the murder I will save for another chapter.

However, the incredulous nature of our ongoing victimization leads me to think of a number of “FIRSTS” (i.e. those circumstances that appear to have occurred only to our family at the time).  Such “firsts” are aberrations, a series of mistakes, oversights, slights, inefficiencies, acknowledgements and offerings from systems overburdened by humans who were just doing their job or not doing it at all.  Irrespective of the perpetrators actions, such occurrences add insult to injury and have the cumulative effect of an avalanche as time marches on trying desperately to catch up with justice.

As my father did not return home one evening, after checking with friends, neighbors and hospitals, my mother opened the newspaper to learn of his possible demise versus being notified by the Hartford Police.  She exclaimed, “Oh my God, that’s him.  It has to be…..”   (Referring to an article of a missing man found in a green van).

We actually had to call the police ourselves and inquire if the person in the paper was indeed my father. (My mother reported that the detective supposedly covered his hand over the phone’s speaker and announced to others that, “She’s just identified him”)

I’ll never forget walking into the police department and seeing his coat paraded past us in a plastic bag.

Possible Explanation: It had been a bad month for my Dad.  He was stopped at a light that month and a person demanded his wallet.  He had not replaced his identification in his wallet yet.

No Justification:  However, it was a matter of record that as an entrepreneur of several successful businesses in the past, he was a registered used car dealer well known to all with contact information readily available from other sources such as his license plate etc.

Why did this happen in this way?  Were the police too busy, lazy or incompetent?  No one knows…  We have never received a reasonable explanation for such an injustice so early on in the process.

When my father was killed, there was no specific provision or protection of your employment for crime victim’s participation in a murder trial.  At the time, I was working as a clinical speech-language pathologist in a Rehabilitation hospital.  When I asked for time off to attend the trial,six years later in 1987, hospital Administration was supportive but stated,

“The only time off we have to cover such absences is a maternity leave.”

Solution:  As trial proceedings typically did not start until 10 a.m, I was permitted to write patient notes while waiting for the trial to begin and report to work during any recesses during the three week trial.

Connecticut is one of the first states in the U.S. to provide employment protection for crime victims.  UnderC.G.S. §54-85b an employer cannot fire, harass or otherwise retaliate against an employee subpoenaed as witness in criminal case or against the crime victim for:

(1) attending court proceedings related to the criminal case; or

(2) being the beneficiary of a restraining order or protective order.

With respect to a protective order issued outside of the state of Connecticut, to receive protection from employer retaliation the order must be registered in Connecticut.

When the homicide occurred in April 1981, the perpetrator was wanted for criminal drug charges in the state of New Jersey and by law had to serve out that sentence prior to conviction of the Capitol murder of my father.

The perpetrator of my father’s murder actually committed murder again one month later when his accomplice in a bank robbery could be identified when his mask was removed.

This double murderer filed for a speedy trial to be extradited back to Connecticut, saying his rights were violated!  Luckily the wise judge in his discretion was not persuaded of this Sixth Amendment right.

The perpetrator, whose name is a type of fish (How appropriate) in the end, was convicted of 50 years to life for felony murder and concurrently, 25 years to life for accessory to murder for the second killing “of his friend/accomplice.”
As luck would have it, the harsher, more absolute determinate sentences were not imposed inConnecticut until July of 1981 (just three months short) of determinant sentencing.

The Difference in Connecticut:

Indeterminate Sentencing in effect until 1981. Imposed minimum and maximum terms and parole board had authority to release offender from prison after completing the minimum term less any “good time” credits earned.

And so, we were caught in the morass of the change of laws in 1981.  ‘ Long story short, “the fish” in jail for those in six years until extradited to Connecticut to stand trial for two murders.  We were re-victimized.  He will technically be eligible for parole in 2013.

Another FIRST
As we all know, during a trial, the victim’s life is put on trial, is open for judgment, character assassination and spectacle.  Anything goes if it will help make the defendant look better.  During the defendant’s time, the relatively new (2nd chair) public defender looked for real and imaginary skeletons in my father’s closet without consideration of our feelings.  This is how it’s done. (My father was not perfect, but his sins did not rise to the level of a death sentence….)

After sitting through this three week trial, listening to the good, the bad and the ugly, this lanky ands seemingly arrogant and insensitive public defender approached me personally and stated,“I’m sorry I have to do this.” I was told by court personnel that such an exchange had neveroccurred before to their knowledge.  It wasn’t much of an offering, but it was an attempt given horrendous circumstances,

Twenty five years later, this same PD is a specialist in criminal and civil law.  Funny how he “cut his teeth” on the trial that was so very important to us…

Another FIRST
Imagine your first exposure to criminal proceedings.  You are used to seeing one jury and one crime presented at a time.  However, this was not the case.  Suddenly I noted that there was testimony regarding the killing of my father followed by testimony of the second crime simultaneously with one jury!   What is this, I thought?  Are they trying to save taxpayers money by doubling up on trials?  I don’t get it….   My Dad deserved center stage!

We had heard that our prosecutor, Atty. A. was very tired after just finishing a long and arduous trial of a well known cardiologist who killed his wife by staging it to look like a car accident.  Did this have something to do with the two trials-one jury scenario?

Later I was to learn that this was a intelligent but lesser used legal concept known as” joinder.”
“Joinder in criminal law is a legal term which refers to the inclusion of additional counts or additional defendants on an indictment. In English law, charges for any offense may be joined in the same indictment if those charges are founded on the same facts, or form or are a part of a series of offences of the same or a similar nature. A number of defendants may be joined in the same indictment even if no single count applies to all of them, provided that the counts are sufficiently linked. The judge retains the option to order separate trials.”

In practical terms, this means that when a person is on trial for criminal charges in more than one murder, as was the case here, this legal option may be used.  In our case, the evidence was strong with my Dad’s murder while the evidence with “the same cast of characters”in the second case  was weaker.  By using joinder, convictions can be facilitated by the stronger case carrying the weaker case. From written information on our case it appeared that the jury was able to differentiate the evidence and come to the conclusion that “the fish” most likely committed the second murder as portrayed.

Several years ago, I was doing research at the law library for an Advanced Victimology Course and actually located my father’s case in a Connecticut  law journal.  How cool is that???  Although I would much rather have him with us today versus having his case appear in publication, it may in fact, serve to help others.

Another female well known public defender in our case (the “1st chair”) was kind enough to send me information for my paper when I requested it…. all these years later.  To have communication with “their side” was an eerie feeling.  Maybe, just maybe it was a small gesture of delayed justice.

Within the first 48 Hours, there is always a whirlwind of activity when you are dealing with serious crime.  Family members are at there most vulnerable.  So, imagine, if you will, our family gathered around the television hearing reports about your very own father.  But, instead of stating his name, the local anchor man (not a hair out of place) reputation, suddenly stated his name as “Daniel” when his name was “Donald.”  We were horrified that such simple fact checking was not performed and another indignity was visited upon us.

Reality Check…. Nowadays, the media is a very different animal ,where almost anything goes in the most exploitative manner.  Such a seemingly small detail is enough to send you over the edge when your entire world is collapsing…  Daniel, Donald, it still matters to me.  It was my father.

If you will, picture us in a packed courtroom, “word weary” after listening to nearly three weeks of testimony.  At the end of the day, the public defender (“2nd chair”) imposes upon the court an unusual request.  It seems that the perpetrator is inconvenienced each day with the proceedings in that, by the time he returns to his cell, his dinner is cold.  So, would the court consider ordering that the defendant receive hot food, please????

I do not have to tell you his response…. Enough said!